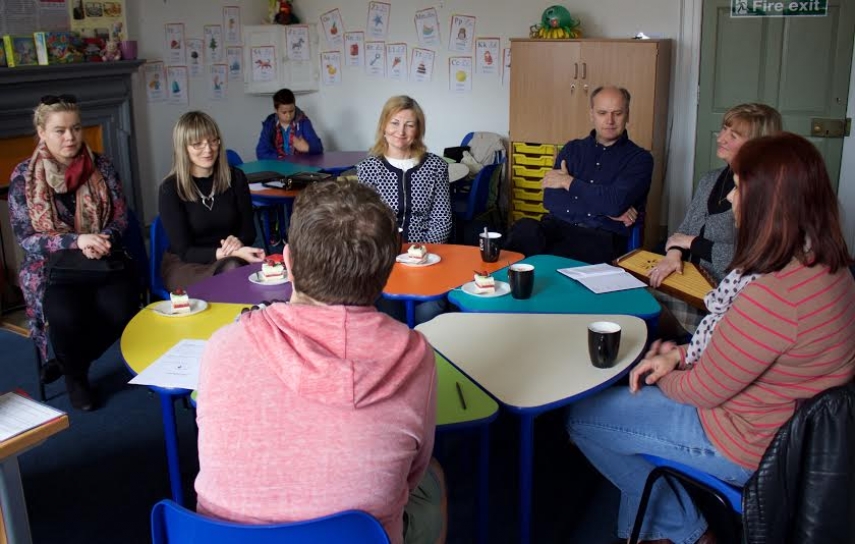 Moving to begin a new life in a new country is seldom ever easy. It can be a thorny wood full of perils, pleasures, opportunities, fears, disappointments, challenges and surprises.

Migrants coming to the UK from Lithuania often find themselves embarking not just on one journey, but two: the physical journey to their new home and the cultural and spiritual journey of discovery that follows.

Coming from a conservative, fairly homogenous society to a multicultural melting-pot of political correctness can make for a strange experience. To start off with there’s the meteorological madness. Winters are mild yet people can’t seem to cope with them. Not only that, they actually like to make a drama out of not coping. One snowflake and the country grind to a halt. The cottage cheese is all liquidy and lumpy! People keep saying “how are you?” when they don’t really care. They put milk in their tea and for breakfast they eat these weird round things with holes in! Nobody seems to care for picking mushrooms and berries! Public transport just doesn’t work… Welcome to the UK!

While the English were no doubt making drama by beefing about everything, a group of migrants from the Boston Lithuanian Community (BLC) who swapped life in Lithuania and Latvia for Lincolnshire have been busy making drama in their own way by writing and acting in their own series of radio plays as part of a festival commemorating the 800th anniversary of the sealing of the Magna Carta.

The series of short plays, produced by Blueprint: Film, document the lives of the migrants in their home countries as well as their personal experiences of settling in the UK.

Lithuanians have a strong tradition of engaging with the arts as a means of expression and self-development, as one of the plays tells:

“A man goes into a small gallery to buy a painting of angels, but the artist informs him that painting is the only one not for sale. She then goes to tell him how that painting helped her to become an artist. Growing up in Soviet controlled Lithuania she couldn’t even contemplate being an artist however much she loved to draw, she was given her job and her training in construction and that was that. She continues her story to the man of how she ended up coming to England and fulfilling her dream, and how that painting was the final step.”

BLC Chairperson Jurate Matulioniene said: “We are proud to be part of Lincolnshire’s cultural life, share our cultural background and promote equal rights, peace and tolerance.”

Many BLC members are very highly qualified in their own country and have had to undertake menial factory work in the UK. Others are in education either as teachers or students, or run their own businesses.

The Magna Carta celebrations will be held in Lincoln on the 5th and 6th September 2015 and will include a variety of cultural activities, featuring the London Lithuanian folk group “Saduto.” The events will also be attended by the Lithuanian Ambassador in London.

The Magna Carta, or “Great Charter” was a historic document first drafted by the Archbishop of Canterbury. It is considered by many to have set the foundations for the modern human rights legislation that provides protection and freedom we enjoy in Europe today.

In June this year, the Queen led commemorative celebrations at a star-studded event in Runnymede, Surrey, where the original document was sealed by King John of England in 1215.

Lincoln Cathedral is home to one of the four surviving exemplifications of the 1215 Magna Carta.