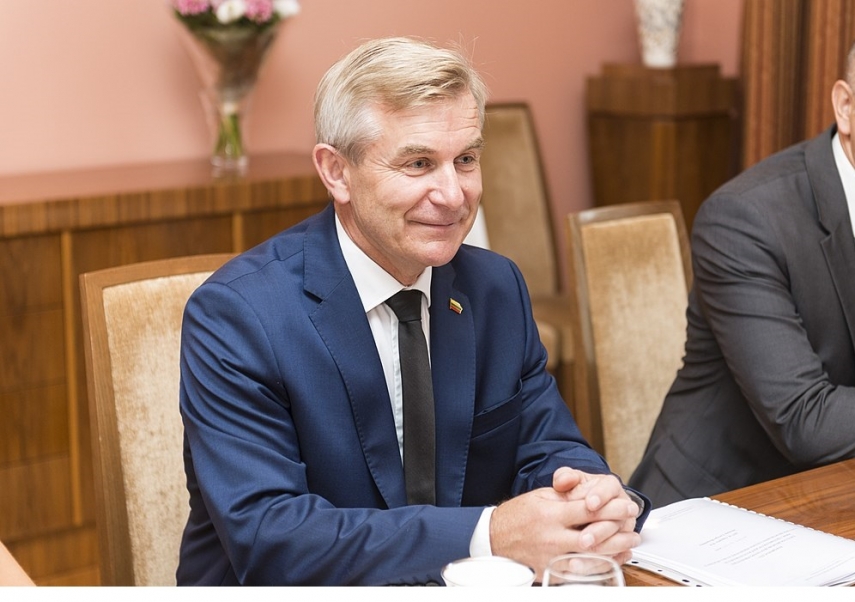 VILNIUS – Speaker of the Lithuanian Seimas Viktoras Pranckietis on Monday accused Moscow of putting pressure on Lithuanians officials after Russia launched a probe against the judges and prosecutors working on the January 13 case.

Pranckietis believes the investigation in Russia will not have impact on the case in Lithuania.

"I consider it pressure on the work of courts and the prosecution service. I do believe that decision of Russia's law enforcement will not have influence on the Jan. 13 judicial process. We are a democratic country with the rule of law where courts are impartial," Pranckietis told BNS Lithuania through his spokeswoman Karolina Froloviene.

Meanwhile, Justice Minister Elvinas Jankevicius said Russia's decision to open the probe was a political one as Moscow has never cooperated with Lithuania's law enforcement on the Jan. 13 case.

"We consider these actions of Russia as totally incorrect as no country can interfere with judicial processes taking place in Lithuania," the minister said in a commentary sent by the ministry's spokesman.

Earlier on Monday, Russia's Investigative Committee opened cases against Lithuanian judges and prosecutors hearing the January 13 case, based on an article of the Criminal Code of the Russian Federation on "knowingly bringing an innocent person to criminal liability“.

A total of 67 people have been charged with crimes against humanity and war crimes in the January 13th case, with the majority of them standing trial in absentia. Lithuanian prosecutors have proposed sentencing former Soviet defense Minister Dmitry Yazov and several other army officers to life in prison.

Fourteen civilians were killed and hundreds more were wounded when the Soviet troops stormed the TV Tower and the Radio and Television Committee building in Vilnius in the early hours of Jan. 13, 1991.