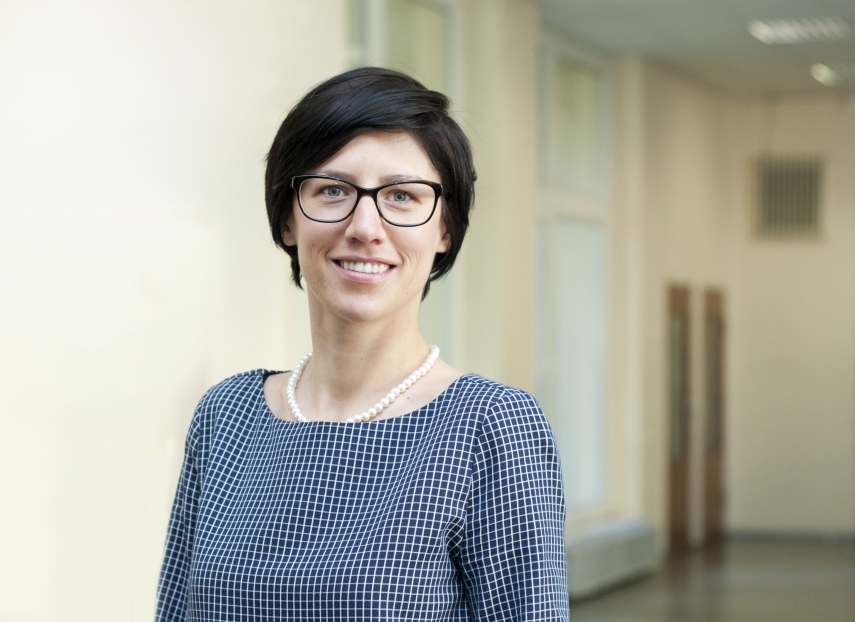 Unlike Western NGOs, which are powerful and respected, the Lithuanian non-governmental sector is still underestimated and dealing with a slew of issues. For Egle Celiesiene, civil society has been her bread and butter: at the University of Educational Sciences she teaches about Civil Society and NGOs, as well as Social Communication. Besides, at the helm of the Lithuania College of Democracy, an NGO, and as a member of Lithuania’s Confederation of Education NGOs, she has been immersed in the voluntary work of organizing and coordinating various civic projects. Celiesiens kindly agreed to talk to The Baltic Times about the Lithuanian non-governmental sector.

What is characteristic of Lithuanian non-governmental organisations (NGO)? How many are there in the country?

Though the law on Lithuania’s Non-Governmental Organizations has been passed relatively recently, there is still a very wide perception, and often misperception, both in the scientific layers and daily life as to what the term “NGO” pertains to.
As I am an active member of a confederation that unites Lithuanian NGOs aiming to promote the well being of Lithuanian children, I want mostly to talk from the standpoint how things are in the sector of education NGOs. But having been in the sector for a while, I am definitely in the right position to speak out about the issues in the NGO sector as a whole.
When it comes to education NGOs, the classic definition of that kind of organisation includes two composites: it must create and develop social economy. It means that such a NGO pursues children’s well-being and creates new jobs along the way. On some of these occasions, new services or products are provided or produced. The bottom line for an NGO is it has to be doing something with social economy - aiding the whole of society, not only children.

But you have to admit that, regrettably, many view a non-governmental organisation as a tool to put the hand in the state’s or the EU’s coffers and make some cash.

Indeed, what really very often taints the dignified and noble non-governmental Lithuanian organisations is what I call commercialisation of many of the non-governmental organizations out there.
Frankly speaking, yes, some of the NGOs out there are quite shady and run for personal benefit – these do trigger scepticism about all NGOs.
They obviously cast a shadow of mistrust - sometimes quite deserved, let’s admit - onto all those NGOs that do pursue the goal of creating and developing Lithuania’s social economy.
I cannot obviously come up with any proportions as to which ones are good and which are shady, but the input of those that really do develop the social economy, create new jobs, strengthen communities and help many people out there is really tangible as their added value to the processes is increasing.

From the legal standpoint, what types of non-governmental organisations can there be?

The Lithuanian Law On NGOs differentiates between societal organization, associations, charities, support funds and public institutions. As you understand, they can vary even within the same juridical description. For example, an association can encompass a score of friends who got together to make some money from repairing something, for example, and on the other end, a scientific one that, like the Lithuanian College of Democracy, carries out scientific research and presents them internationally. Though most of the time the line between them is quite clear, like in the example, but sometimes is pretty dim, likewise the number of all the non-governmental organizations in Lithuania, even within the same field.

Since your primary focus is education NGOs, what is characteristic of the best examples of that type of organisation in Lithuania?

Most of them do a tremendous job, as a rule, focusing on the quality of children education first of all.
Specifically to NGOs catering to children’s well being, in absolute cases, their activities are hinged on a bright personality who heads the organisation - let it be teachers, social pedagogues, culture activists or community leaders, for example.

What are the other differences that set Lithuanian NGOs apart from those abroad?

Indeed, we have got quite many contacts with the foreign partners in the field, especially in Scandinavia, and what surprises them mostly is the way we here in Lithuania tend to define a non-governmental organisation. They, let’s say, cannot see how a publishing house can be NGO – as a public institution most of the time, declaring, as the law envisions, its non-profit operations.  Meanwhile, in Scandinavia and elsewhere in the West, an NGO is oriented for a concrete social economic community, or any other, for the same objective: to tackle, again, a concrete issue, whatever it is.
I do not doubt all know Caritas, Red Cross and Maisto Bankas (Food Bank) – they all are non-governmental organisations founded to address a specific problem. And they carry out their mission really successfully, as well as many others out there.

But characteristically to many Lithuanian NGOs, they often solve a too wide range of issues. Unfortunately, the wide focus on many occasions is about one thing: applying for a project that can bring some financing along the way. But that is not the way it supposed to be, obviously! Аnd make sure: a lot of the chairs of the “multi-tasking” NGOs are good, decent and hard-working people, but the whole system and circumstances put them in a situation like this.
And again, perhaps on a harsher note, let me note that there are a number of shady, pseudo-NGOs that are not in any way different from a commercial venture, an ordinary joint stock company. They just obviously act differently on the issue of profit sharing. This is also something the foreigners cannot grasp, honestly.

I reckon NGOs in more, let me say, commercialised sectors, like sports, for example, hold an advantage against those sincerely toiling in less, commerce-wise, attractive fields, like education, for example.

What can you say in that regard?

Without doubt, this is another thing worth considering. Sponsors in sport are more active, and the reason is simple: business can get a more tangible and faster benefit from supporting sports, particularly basketball or football, for example. And it works simply in many cases: a business becomes a sport or sport event’s sponsor in exchange for being able to put an advertising poster on the pitch or, let’s say, a logo on the athletes’ T-shirts. In this case, it is all about the fame of the team, athlete or a sport event. But it obviously does not work that way in the sector of culture, where attracting one to sponsor a culture event, especially if it is not targeting an already established brand, a famous performer, for example, is always a difficult task. As usual, the approached possible sponsor asks the same question: how can I benefit from it?

Although I don’t have any statistics showcasing donors’ different approach to the fields, but  the difference is certainly big.
When it comes to supporting Lithuanian children, our study on children welfare-oriented NGOs showed that, at the dawn of the restoration of Lithuanian independence there were large donations for the cause, both from Scandinavian and US funds. But now the donors are quite spiritless in that regard, as if sending a message that job has been done and Lithuania can ride it itself.

How did it change the game?

Look, with the shift predicted, the state was supposed to hand over certain children wellbeing services to non-governmental organizations, which are here for the state. But, regrettably, local municipalities have been mistrusting- and still are (mistrusting)- the non-governmental sector, or, maybe, in some cases, want to govern the resources themselves, so they still are little entrusting local NGOs with the task. So not surprisingly, with no money for the work they are the best for, many NGOs are focused on participation in projects that can give them any financing.

Lack of competence is also an issue for part of the NGOs, as well as continuity of the work. With intermittent funding, for many, the main issue what to do next and, let it be said frankly, where to get money from for the continuation of the activity. And, finally, here comes the thing of unequal treatment.
An orphanage running as NGO in Vilnius receives four-fold lesser funding per child than an orphan at a similar state institution getting the so-called pupil basket funds.

The Vilnius Municipality always satisfies needs first of the municipal education establishments, then of those run by the state and only then a education non-governmental organization, even caring for children daily, like the orphanage, can expect the municipality’s attention. Needless to say, it is the wrong attitude, which cannot be understood by our foreign partners. But bringing it up with the authorities might put the whole organisation in jeopardy, so a lot of the heads of NGOs would rather keep their mouths shut so as not to bother those in whose hands the funds are in.

The answer is one: the media portrays NGOs as money suppliants. There’s a good deal of truth in the perception. I can just envy the Western trends, where the neo-liberals see non-governmental sector in parity with state sector. The attitude there is such that NGOs are viewed as entities able to suggest valuable services that the state sector cannot. And make a note: for a 20-30 percent lower price. In addition, the NGO can do the work not just at lower costs, but many times better and offering some extra services.

But I can hardly see that happening in Lithuania yet, frankly. As long as we have many ambiguous, shady NGOs, as I said before, carrying out commercial activity under the label, we just won’t see more trust coming neither the state, nor media for the hard-working non-governmental organisations. And, honestly, with a slew of NGOs out there that many come across daily, sometimes it’s really hard to tell who is who.
Until there is more legislative transparency in sorting out all the non-governmental organisations out there, one can hardly expect transparency on the practical level, too.
The lawmakers, I believe, ought to come back to the issue and be more precise with their legislation to prevent NGO law abuse.

Is that the only thing you’re expecting from parliament?

Equally important is making amendments to the laws, so that supporting NGOs is beneficial to business, and the state should set conditions that would make municipalities interested in delegating some of their functions to the non-governmental sector, especially in education and social services. As I said, this is necessary as NGO scan provide specialised services the state does not supply, so at the end it is a win-win situation: some of the load is taken off the municipalities’ social services’ load and the NGO gets the chance to do the job better.

What we also need is an NGO registry available to all. If you were today to look on the internet for a non-governmental organisation to help you with care of an elderly neighbour or a drug-addict child on the block where you live, the browsing will turn up nothing, especially in the vicinity.

Such a registry must be done and put online by the Ministry of Social Security and Labor. It won’t cost much money, it is easy to done technically, but it would be lauded by many at the end of the day with the information available. So to wrap up, it is all about trust. Until the non-governmental sector gains it, it’s hard to expect things being turned around. We all should understand that the healthy development of a non-governmental sector serves society and democracy.