Lithuanian master of time and space 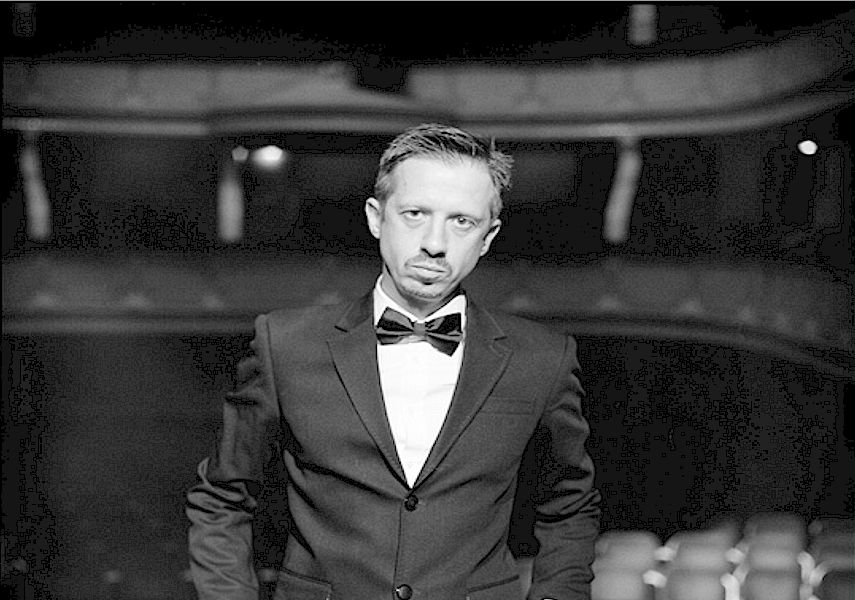 VILNIUS - At the age of 38, Linas Adomaitis is a Lithuanian stage veteran, with a musical career that kicked off with the group L+, already making his mark with his particular brand of pop and R&B. After the break-up of the band, he began playing solo, releasing his first album and hosting radio shows featuring R&B music.

Recently Linas Adomaitis embarked on his most ambitious project to date – a tour with the Lithuanian State Symphonic Orchestra with acclaimed conductor Gintaras Rinkevicius that played to sold-out crowds around the country.
The Laiko Masina (Time Machine) tour coincides with the release of Adomaitis’s 2-CD album of the same name, which includes collaborations with a number of Lithuanian artists, including Vaidas Baumila, Dagna, and Monika Linkyte.

The album, which was released at the end of October, sold out its first run of 2,000 copies in a week. It’s been pointed out in the press that for Lithuania, this is a great number considering the relatively small market and the fact that people are downloading music, mostly illegally, so this album certainly has made a statement on the Lithuanian music scene.

The tour, which started at the end of October, has been such a success that there will be two additional concerts, one in Vilnius at Congress Hall on December 15th and at the Great Hall of Vytautas Magnus University in Kaunas on December 17th.

For more on times and tickets, go to www.bilietupasaulis.lt