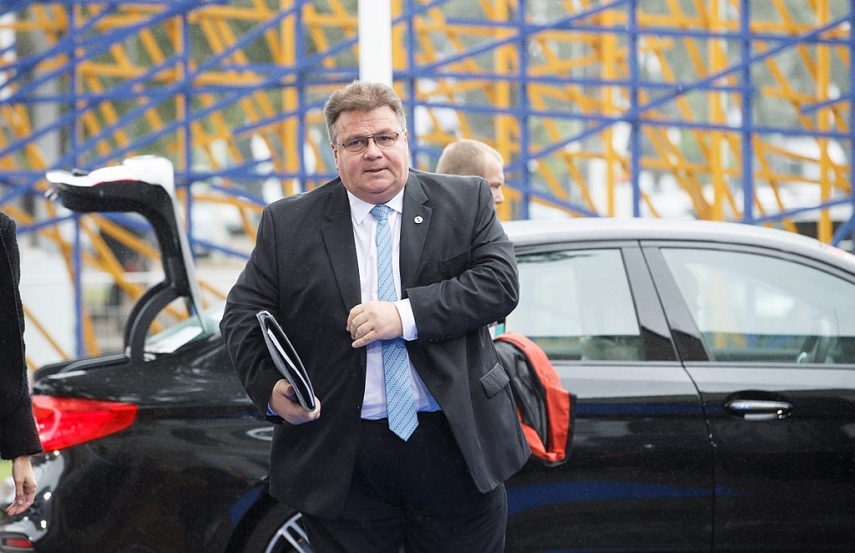 VILNIUS - The Lithuanian Foreign Ministry has turned to prosecutors over alleged links between Agrokoncernas, a company owned by Ramunas Karbauskis, leader of the ruling Lithuanian Farmers and Greens Union (LFGU), and Russian oligarch Arkady Rotenberg, Foreign Minister Linas Linkevicius has confirmed to BNS.

The Lithuanian Radio and Television (LRT) has reported that Agrokoncernas purchases Minudobreniya's fertilizers via an intermediary in Dubai. Rotenberg, who has been under international sanctions since 2014 over his close ties to Russian President Vladimir Putin, holds over 80 percent of shares in Minudobreniya, but the company itself is not on the sanction list.

LRT says it has received the European Commission's explanation that sanctions automatically apply to companies that are more than 50 percent owned by blacklisted individuals. Law experts have told the public broadcaster that this means that Minudobreniya may be subject to sanctions as well.

Prime Minister Saulius Skvernelis told the Seimas in late November that he had asked the State Security Department if Karbauskis posed a threat to national security due to his Russian fertilizer business. He added that the response from the intelligence agency contained no information suggesting that the LFGU leader might be posing such a threat.

The Foreign Ministry has recommended that Lithuanian companies refrain from business deals with Russian businesses whose owners are on "blacklists".