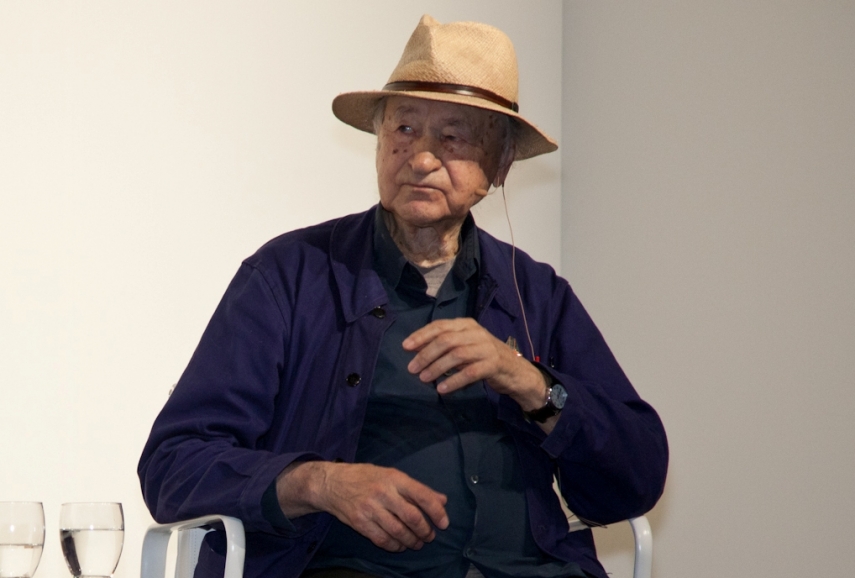 VILNIUS - Jonas Mekas, a Lithuanian-born American artist and filmmaker, died at the age of 96 in his home in New York City on Wednesday morning.

Vilnius' former mayor Arturas Zuokas, a friend of Mekas, confirmed this to BNS.

Jonas Mekas was the first person to get the whole generation of Lithuanian film creators acquainted with freedom in the cinema, and his whole life was an art manifesto, his colleagues film directors say.

"Mekas is a giant rock, like a world within. He's one of the greatest figures in the American independent film industry, having had huge influence on both films and documentaries," director Audrius Stonys told BNS Lithuania.

In 1990, he joined Vytautas V. Landsbergis, Arunas Matelis, Arturas Javdokimovas and several other young Lithuanian film directors and spent almost a month at his home in New York. According to Stonys, then young Lithuanian directors had an opportunity to get acquainted with Mekas' extensive archive of film anthology.

"We watched movies from the morning till the evening, and talks to him," Stonys reminiscences.

The director paid attention to the fact that Mekas used to be better known to the Lithuanian audience as a poet, the creator of the word, not cinema, for a long time.

"Besides, when our generation had the chance to meet with him, when he shared his works, it made a huge impression on us and affected our work. He was the first to show the freedom of the cinema and its limitlessness. His influence on my whole generation was huge," Stonys said.

Film director Ramune Rakauskaite, as she says herself, fell in love with Mekas during her studies and visited him in New York several times. In her words, Mekas viewed life as a creation.

"As a man, personality and artist, free in his spirit and flight, he viewed life as a creation. He used to say that culture, poetry and art are his home. This is why he's so dear to me. He was a man-manifesto in everything what he did, what he said and in the way he talked to people, drinking wine. He was a man of flight, dedicated to creation every minute of his life," the artist told BNS Lithuania.

Director Romas Lileikis said Mekas' depth was his simplicity and ability to inspire creation and see the beginning in everything, the opportunity to go towards the light and enjoy life.

"He will remain our teacher. In fact his simplicity and wisdom led us, and also his belief in the beginning, not the end, in everything, he was a man who saw this world open, not closed," Lileikis told BNS Lithuania.

Jonas Mekas, a Lithuanian-born American artist, poet and filmmaker, died at the age of 96 in his home in New York City on Wednesday morning.