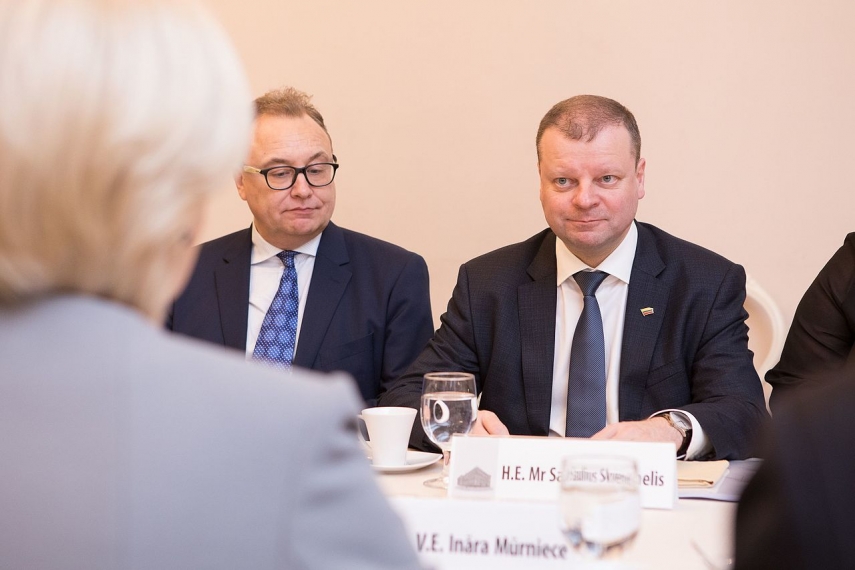 "Of course, we will raise the funding of the Armed Forces at a steady rate. As to by how much, we will see when forecasts for the 2019 budget are made," he told reporters.

The prime minister underlined that the defense budget's growth would depend on the country's economic growth.

"When revenue, the economy does not grow, it is very difficult to single out one area, even though it is a priority one," Skvernelis said.

He added that the budget would not be "drastically cut" or left "absolutely stagnant", as it had been in the past.

Under the draft 2018 budget, Lithuania's defense budget is set to increase by 149.2 million euros next year compared with this year to reach 873 million euros, or 2.06 percent of GDP.