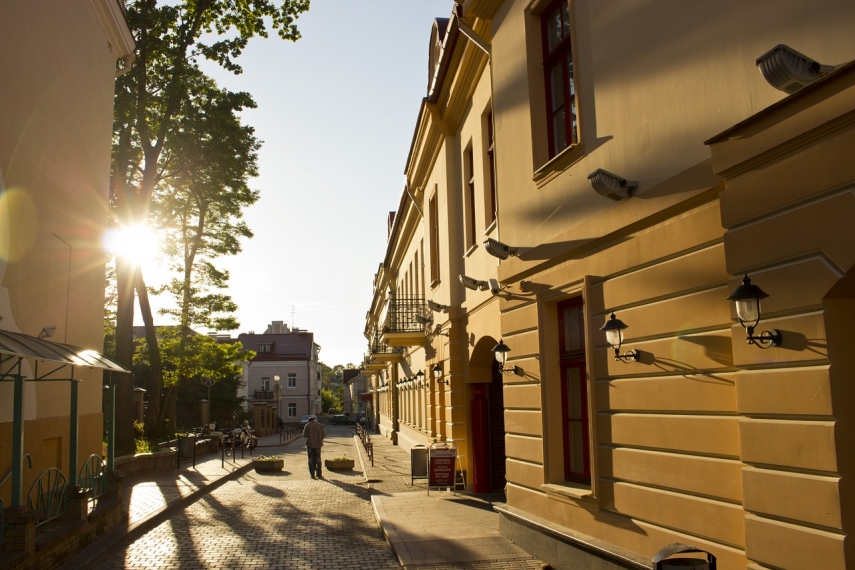 VILNIUS - The Lithuanian government has reallocated funds earmarked for the construction of a new consulate building in Grodno as the country has so far failed to obtain the necessary permit from Belarus' authorities.

The Lithuanian Foreign Ministry says that it has not abandoned the project in Grodno.

"Lithuania's plans to build a new building of the Lithuanian Consulate General in Grodno, in the Republic of Belarus, remain unchanged," the ministry told BNS.

"We expect that in the near future the technical design for the new consulate general building in Grodno will be approved by the Republic of Belarus and contract work will be launched," it said.

The ministry that the failure to obtain the construction permit is the reason why the project is stalling.

Under the government's resolution, 478,000 euros previously allocated for the designing and construction of the Grodno consulate building will be used for renovating the Lithuanian embassy in Moscow.

Some 471,000 euros previously earmarked for -- but not used due to an extension of certain deadlines -- renovating Lithuania's embassy in Riga will also go toward the renovation of the building in Moscow.

The embassy in Russia will also receive 51,000 euros allocated but not used for the renovation of the Foreign Ministry's building in Vilnius.