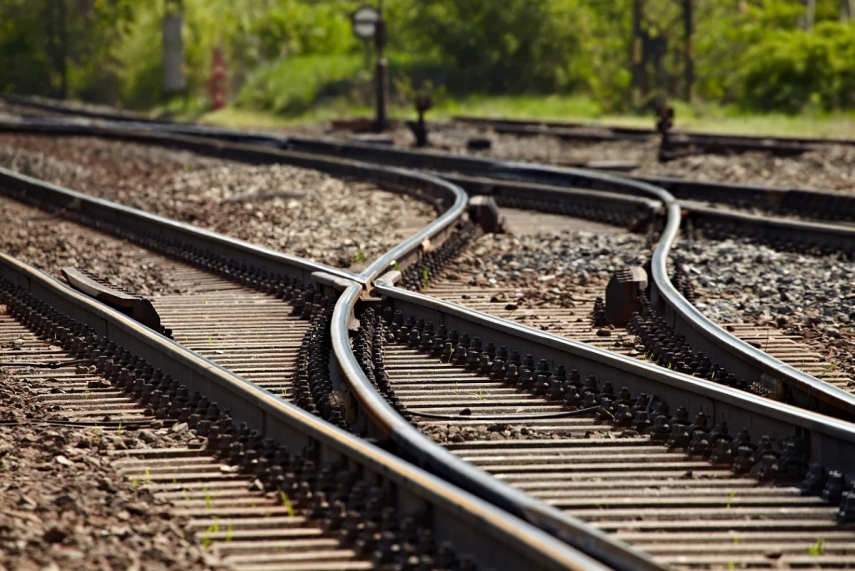 "I'm quite impressed by the changes that have been made (...) actually, I was told it was reflected in the financial situation in terms of profit and loss. Lithuanian Railways for us Latvians is a good example to learn from, to study. Probably there are similarities and there are differences but I really feel impressed," the Latvian minister told a press conference in Vilnius today after visiting the Lithuanian railway company with his Lithuanian counterpart Rokas Masiulis.

The meeting also touched upon a possible train route from Vilnius to Riga, freight issues, as well as the restructuring of Latvian Railways.

Speaking about the situation in the Lithuanian market which has so far barred private carriers, including Latvian, Linkaits refrained from categorical statements, saying that opening up its market is Lithuania's prerogative.

"I'm no expert in the Lithuanian rail market, I think it's up to Lithuanians to decide in what way and how to open up the market," he said. "We are working hard in Latvia to open up the market not only for cargo companies, but also passenger companies. Since the 1st of January, legally the market is open, but there is still a lot to be done to have any kind of competition."

Meanwhile, Masiulis paid attention to the fact that Lithuania complies with all EU rules on opening up its railway marker to competitors.

"Of course there is always something to learn from the neighbors, but in the EU, there is one regulation which is for all countries. In our legislation we have followed all things which are mandatory for market opening," Masiulis said.

LG CEO Mantas Bartuska underlined that the market is open to competitors, excluding the transit to Kaliningrad.

Gargzdu Gelezinkelis, a railway company controlled by business Igor Udovickij, is also asking for permission to transport freight from Belarus to the Lithuanian port of Klaipeda, but has not received it yet.