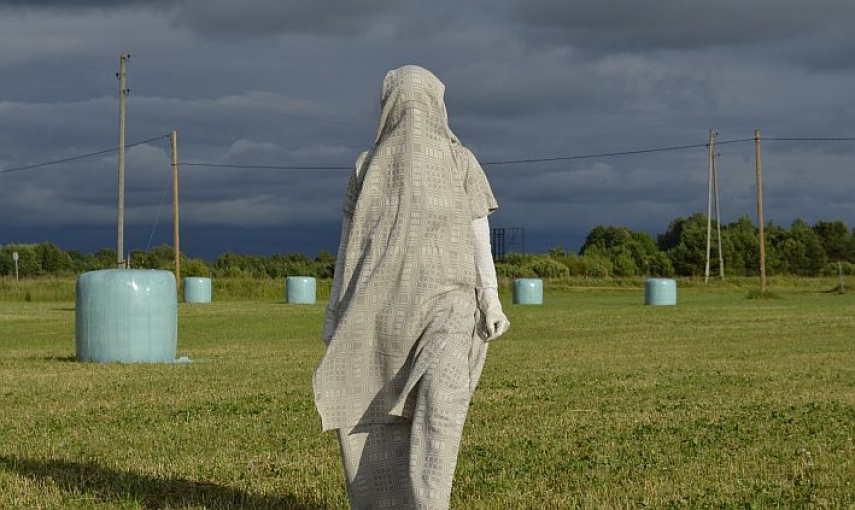 From 10 August to 16 September 2018, the Creative Studio of the ARSENĀLS Exhibition Hall of the Latvian National Museum of Art in Riga (Torņa iela 1, 2nd floor) will show Li Bond’s personal exhibition Season 2 – Episodes.

Li Bond’s project Season 2 – Episodes marks the beginning of a new cycle of creative work. Last year, Šiauliai Art Gallery hosted the artist’s solo exhibition, titled Season 1 – Episodes, which was a look back at the previous results. “For me, it is possible to see similarities between the artist’s work over a period of time and a TV series, whose composition consists of seemingly unrelated episodes which are interwoven by a certain style. Furthermore, it is only possible to grasp the inner dynamics of the plot after seeing all of the episodes,” explains the author.

The exhibition presents a multimedia installation, whose nucleus consists of video documentation of several performances (camera – Rihards Gēcis). These are separate episodes sharing the same character – a woman dressed in a linen burqa*. A composition that prepares the viewer for the visual part has been made in collaboration with Artūrs Punte and composer Linda Leimane. The fact that the artist has turned to an interdisciplinary form is not accidental, it demonstrates her interest in space, sound, movement, and rhythm, marking significant changes in the way the work is created, bringing to the fore collaboration and mutually enriching exchange of thoughts as a significant element of the creative process.

“The largest part of the video was filmed in our rural property, where the observations over the period of several years became the first impulse for what is presented in the exhibition. It is a very cinematographic place, where we travel to rest from the noise of the city and to draw energy from nature. I am ever more captivated by the beauty, might and power of nature and am interested in human interaction with it,” tells Li Bond.

A more intimate motif that rings in the work is a reflection on femininity, coming-of-age, belonging and change. “It was important to make a unique garment, making myself anonymous yet not identifying directly with the Islamic tradition. Paranja or burqa is a very powerful symbol, fundamental, mysterious, laconic and feminine. It tears down all differences in age and individual appearance, metaphorically embodies the end of conversation and submission, also changes, which here develop slower, differently and on a smaller scale than in many other places in Europe. In the Latvian context, the garment acquires another hue, retaining part of the symbolic value,” comments the artist.

Making use of references to Latvian and European history and culture, in this exhibition, which is based on personal experience, Li Bond turns to current social and political subjects, exploring a set of phenomena that concerns fear, insecurity and loneliness.

* Burqa, chadri or paranja (in Central Asia) is part of the female wardrobe, which in some Islamic traditions must be worn upon leaving home. It fully covers the body and face.