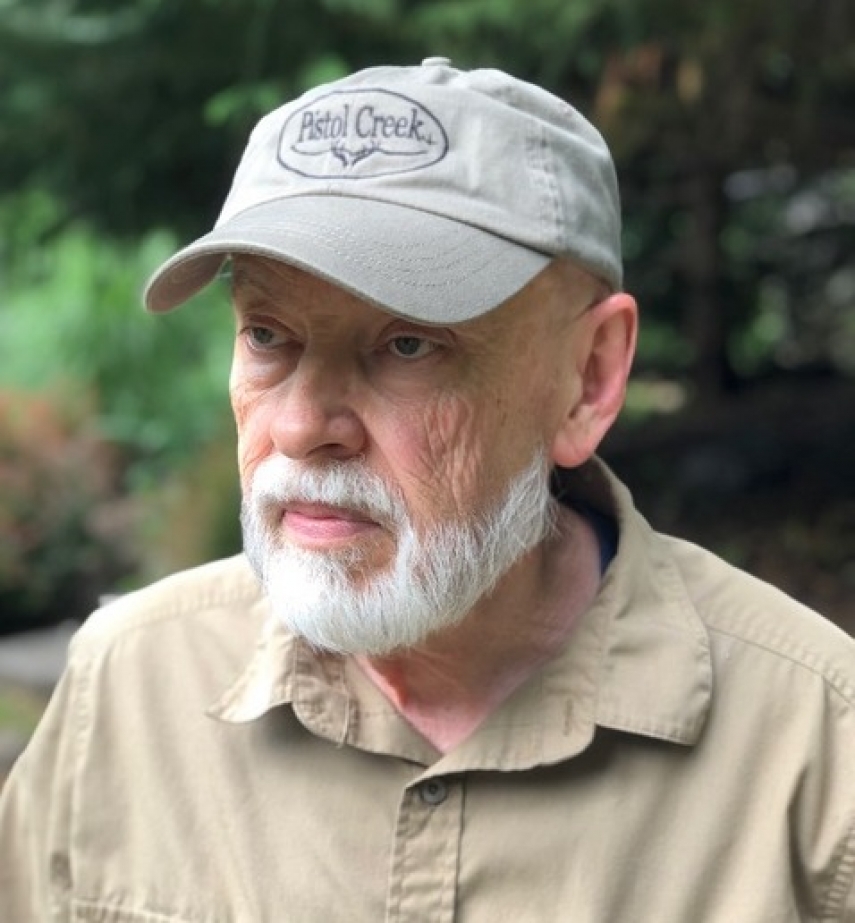 Jim McGee, an American, has never yet had a real chance to visit the Baltics – the endeavor came the closest in 2019, but the pandemic thwarted the plans. But now, after the much-cherished book Letter of Reprisal, the main hero of which is an Estonian-American, has been off the printing belt and eagerly awaits its readers, the author is set to make the long-cherished journey, presenting the book. Jim McGee spoke to The Baltic Times Magazine.

Are you a seasoned writer?

I have been writing professionally for most of my adult life. In 1980, I completed a doctoral dissertation “The Political Police in Bavaria, 1919-1936,” which examined the origins of the Gestapo. In the years since I published articles in various law enforcement and security journals, but mainly performed writing tasks as a security analyst for a major U.S. government agency. Letter of Reprisal is my first published novel.

Where were you born? What is your ancestry?

I was born in the United States, in a small town near Atlanta, Georgia. My ancestry is primarily Scottish, but my family first came to America nearly 100 years before the American Revolution, in 1680. Also, several of my ancestors were Native Americans. Once could say, then, that my ancestry is simply American.

Why do you find the Baltics, especially Estonia, so interesting? Have you visited the region and the country?

My interest in the Baltics goes back to my teenage years, sparked by a National Geographic map of Europe from 1960, which noted that the United States government did not recognize the incorporation of the Baltic States into the Soviet Union. Later, while researching my doctoral dissertation in Germany, I came across references to the post World War I wars for Baltic independence, and also to the work of Estonian Guard company 4221, which provided security for the Nuremberg trials in 1946. When the Baltic States reasserted their independence in 1990, I was fascinated by the Estonian “Singing Revolution.” I had hoped to visit Estonia in 2019, when I was doing final research for Letter of Reprisal, but Covid made that impossible. I hope to visit Estonia and the other Baltic States soon.

How did you come up with the idea of writing “Letter of Reprisal?” What motivated you?

In the 1980s, I was privileged to work alongside several retired Special Forces soldiers. Most war stories are about young men, but I wanted to write about an older retired group, called back into service under unique circumstances for a special mission. And I was fascinated by the story of Larry Thorne—Lauri Torni—the Finnish Mannerheim Cross winner who became a U.S. special forces legend. The story grew from these inspirations.

Talk about the plot and the action, please.

In Letter of Reprisal, I tell the story of a small band of dedicated warriors stepping forward to act in an hour of international peril. The story begins in 2020, as Covid rips across the world. Credible intelligence emerges of an even more deadly viral threat, engineered by Chinese government scientists to create global upheaval. Powerful Washington insiders turn to Harry York, a retired special forces legend. They ask Harry to assemble an “off the books” special mission team to penetrate a lawless region of Central Africa and eliminate the threat. Harry develops a novel plan to insert the team by parachute, destroy the virus facility, and then escape aboard a refitted Catalina flying boat. The mission begins promisingly, but then things turn terribly wrong. The team must fight to escape Chinese-trained local militias and then confront the sinister forces in Washington who betrayed the mission. In addition to intense action, Letter of Reprisal also explores larger themes—adventure and duty, love and loss, fidelity and betrayal.

Did you do any research about Estonia before taking the pen?

Yes. As previously mentioned, my fascination with Baltic history goes back many years, which is why I researched modern Estonian history and built it into the background of the story. The main character, Harry York, is an Estonian-American, whose grandfather had been a hero of the 1919 war for Estonian independence and whose father had fought against the Russians in 1944.  Harry’s sister, a supporting character, returned to Estonia after 1990, and developed a business that supports the action of the story. His younger cousin, Lem Lauristen, is part Estonian, part Finnish, and plays an important role in the story. I hope to develop these characters further in subsequent novels.

The action mainly takes place in Africa. Why is that?

The original version of the novel, completed 20 years ago, involved a threat from Russia and placed the Estonian element much closer to the center of the action. I had to set this version aside, however, to concentrate on my government service. When I decided to rewrite this older version in 2020 for publication, the most urgent threat had become China, and Chinese subversion in the conflict regions of Central Africa offered a great basis for the updated plot.

You want to use the book as the basis for a series of adventure novels, several of which would be set in Estonia and the larger Baltic and Russian border regions, don’t you?

I do indeed. I believe that this is a fascinating and important region, with a rich history, not just Estonia, but also Latvia and Lithuania. As the recent accession of Finland and Sweden to NATO makes clear, the larger Baltic and Russian border regions have assumed a critical role in global security. This is further underscored by the courageous challenge raised by Lithuania in the face of Chinese diplomatic and economic pressure. At the end of Letter of Reprisal I describe Estonia as “a small country with a fascinating history, one that has punched way above its weight in the fight against tyranny.” The same could be said of its Baltic neighbors.

What have the reviews been so far?

The reviews have been wonderful. One described it as “a masterpiece of intrigue, action, adventure, and best of all, [military] accuracy.” Another praised it for “a great story/plot, super characters, and outstanding dialog and action.” Many reviewers have described it as “hard to put down” and “highly realistic.”

Do you think the book suffices to build the Estonian connection? What further connections are you considering?

This first book establishes an Estonian connection, and this is something I want to build on in the future. As noted above, an earlier version had a Russian threat and a much stronger Estonian connection. If I had known in 2020 that Putin was going to launch an all-out invasion of Ukraine, I might have stayed with the original plot. My crystal ball failed me, but I do want to return to the Baltic region and the Russian threat in future books.

In addition to offering entertainment, you said you are interested in drawing serious attention to the challenges and opportunities for smaller nations in the realm of “gray zone” warfare. Talk about that, please.

The “gray zone,” of course, is the conflict space that exists between peaceful diplomatic efforts and full scale warfare. Much of what Russia and China have done over the last decade has existed in this space. Russia’s “Wagner Group,” for example, has been a tool of “gray zone” warfare, not only in Ukraine since 2014, but also in Africa. Another related term is “hybrid warfare.” Broad spectrum capabilities in these areas are very important for small countries when confronted with threats from larger ones. Estonia, for example, appears well-prepared to defend itself in the gray zone against cyber threats, but, like most small countries, kinetic threats—threats of armed violence—also represent a significant problem. Letter of Reprisal explores one approach to countering state-sponsored terrorism in the “gray zone,” using resources that the Baltic States and other small countries could offer.

How can one purchase Letter of Reprisal?

The novel is available on Amazon in both premium paperback and Kindle editions. Search Amazon.com “James H. McGee” and Letter of Reprisal. I understand that there may be an extra step required of Baltic readers in ordering books from Amazon.

Any other book ideas tickling your mind at the present?

I’m currently working on a sequel to Letter of Reprisal, in which there is a new global threat, with action that ranges from the Appalachian Mountains in the eastern United States to the forests of Belarus, and I have additional ideas for further sequels and, perhaps, a prequel exploring the Estonian roots of the main character.