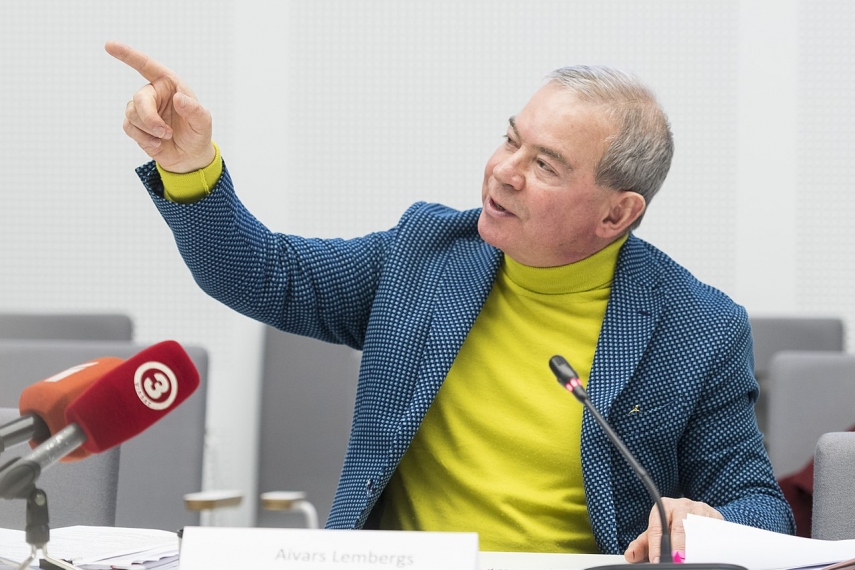 RIGA - The Union of Greens and Farmers was defeated in the last parliamentary elections and ended up in opposition because of voters’ negative view of the reforms introduced by Latvia’s previous government led by prime minister Maris Kucinskis (Greens/Farmers), believes Aivars Lembergs, the leader of the regional party For Latvia and Ventspils, which a Greens/Farmers member.

Speaking at a congress of the Latvian Farmers’ Union today, Lembergs said that the whole political party was responsible for its election setback. The politician also pointed to Kucinskis rather poor popularity ratings during his premiership.

The leader of For Latvia and Ventspils said that it would not be fair to blame populists for Greens/Farmers’ bad results, as populist groups have always been taking part in elections but Greens/Farmers have never been competing in populism. Nobody knew the right way for Greens/Farmers to run in the elections as the prime minister’s party, Lembergs said.

Lembergs said that Greens/Farmers are currently experiencing its third crisis in a longer period of time and that attempts are being made to split the party up. Such attempts by political rivals are quite understandable, because if the Latvian Farmers’ Union and the Green Party of Latvia participate in elections separately neither of them would manage to overcome the 5 percent vote threshold necessary to win representation in Saeima, Lembergs said.

The Latvian Farmers’ Union is holding a congress today to elect a new board and chairman.