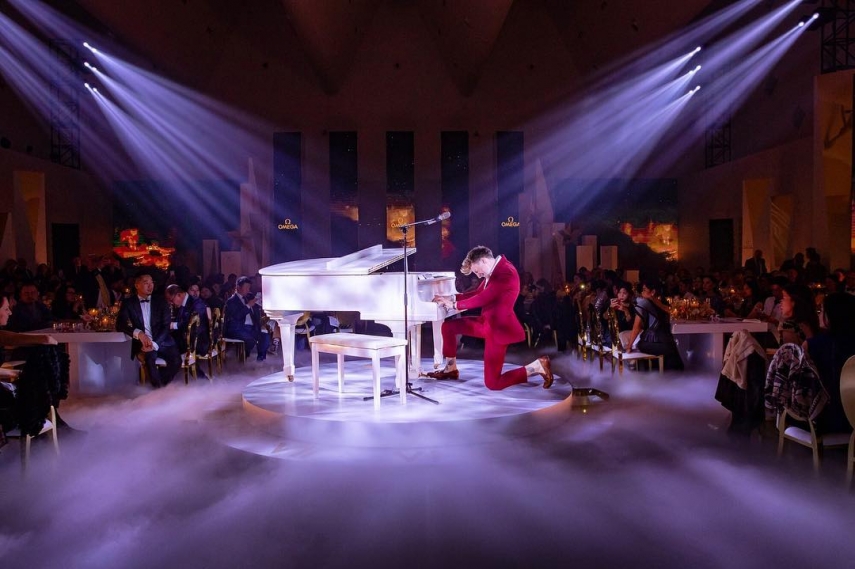 The expressive British performer Stephen Ridley is known not only for his outstanding vocal abilities, but also for his one of a kind life experience. While now he is a virtuoso musician, in the past he was a successful banker – he said goodbye to a rich yet heartless life, to devote himself to the stage and be happy. This summer, on August 8, Stephen will deliver an emotional solo concert and a real mono-performance as part of the 15th anniversary festival “Summertime – Inese Galante & friends”.

At 21, Stephen Ridley – a diligent graduate of Durham University, worked in the City of London as a bank trader – multiplied depositors’ money and brought serious bonuses to the board of directors. He earned accordingly: “I received about 20,000-30,000 pounds a month and spent them very quickly and fiercely, without thinking about it properly,” says the performer.

At some point, Ridley realized that he does not want to continue this way and in late 2011, he left the bank, not really knowing what will happen next. Right after leaving the office, he went to lively Brick Lane, stepped into a music store and bought a piano, remembering his childhood hobby. The large musical instrument was brought outside on the street and while Stephen was waiting for the delivery truck, he began to play it. “It was damn scary! I consciously wanted to attract attention and was very afraid that I would be ignored. And it was even harder to stop – and see how many people I managed to gather. I played for 40 minutes and when I looked up, I saw that there were so many people and the crowd paralyzed traffic on the street.”

In his 29 years, Stephen has managed to conquer the leading world music stages and earn international appreciation from audiences and music critics. Stephen Ridley's performance captivates from the first minute, thanks to the musician's ability to sense music and deliver his feelings and emotions to the audience. The artist admits that music is more visible than audible to him and dreams about influencing the lives of millions with his art.

Stephen Ridley's performance at the Dzintari Concert Hall on August 8, within the framework of anniversary year’s festival “Summertime – Inese Galante & Friends” will feasibly become the most emotional solo concert in Jurmala. The expressive and vivid show of Stephen Ridley, the charismatic showman from the United Kingdom, will provide the guests of Jurmala with unforgettable emotions. This won't be a traditional concert, but a solo show of one talented actor masterly combining vocal and piano performance in a passionate "dance".

This summer, the festival “Summertime – Inese Galante & friends” will be held in Jurmala from 5-11 August. To read more about the program of the festival please visit www.festivalsummertime.com.

Tickets to the festival “Summertime – Inese Galante & friends” are available at the Biļešu Paradīze ticket offices throughout Latvia, as well as at www.bilesuparadize.lv.