Legendary former CSKA Moscow player Sergey Tarakanov: ‘Losing to Zalgiris Kaunas was a tragedy for me and still is!’ 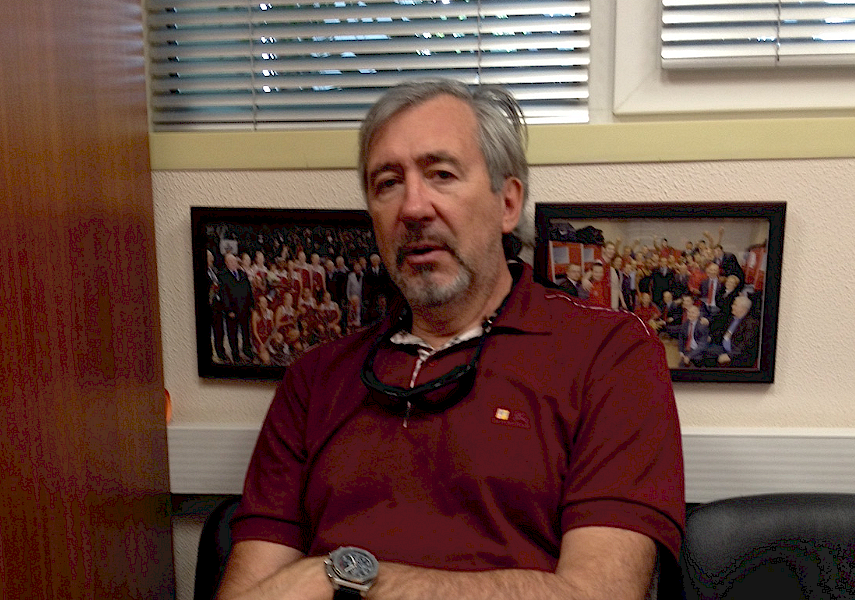 The Baltic Times sports writer Victor Shestopalov reflects on one of the greatest rivalries in Soviet basketball history, between the best Soviet Army hoopsters from CSKA Moscow and Lithuania’s Kaunas Zalgiris, with the Russian super-club’s former power forward Sergey Tarakanov.

What is the greatest basketball rivalry of all time? Many NBA fans and pundits alike will answer this question identically: Boston Celtics versus Los Angeles Lakers. Or maybe some European folks will insert Spanish “El Classico” Real-Barcelona in the mix. But, back in the day, there was another fierce basketball duel, played within the boundaries of the Soviet basketball championship: CSKA Moscow against Zalgiris Kaunas. During the heyday of the 1980s CSKA won four titles of the decade, with Zalgiris claiming the other three. But it is those three losses of the 1985, 1986, and 1987 seasons that still sting the leader and captain of the CSKA team’s Sergey Tarakanov.

What is your most vivid recollection of the super final series CSKA-Zalgiris of the 1980s?
The most important thing for me in this rivalry is our three defeats in a row. It was a tragedy for me back then and still is now, to this very day. Among all my CSKA teammates I suffered those setbacks the hardest — hands down. Of course, we had some really good ball players on those teams, like Valeri Tikhonenko, Alexander Volkov, or Igors Miglinieks. But a lot of these guys didn’t stay in CSKA for too long, so the players’ movement of the mid-1980s was one of the key reasons we lost three finals in a row. Plus it was just an athletic competition for us.
On the contrary, Zalgiris players treated the goal of beating CSKA like a national idea and it gave them some additional advantages on the court. So, if you show me some clips from those series of the mid-1980s, I’ll probably kick myself all over again for those defeats.

What was basketball like back then, compared to the modern game heavy on screens and non-stop player movement?
I would say that basketball was more chaotic and less scripted back then. We didn’t have these exotic game plans like they do now. So in order to make adjustments during a game or an offensive possession, we had to improvise. Sometimes it led to pretty unpredictable results.
Of course, the very best players from my era would have been the very best today — I’m 100 per cent sure about that. But, not even mentioning an athletic component, the modern game is much different.
Today they tell players how to do everything, every little detail on the court: how you are supposed to put your leg, when to raise your hand. And we lacked such schooling back then.
For example, I remember in those Zalgiris games I was guarded by smaller players, particularly Valdemaras Chomicius. So the natural thing for me was to ask for the ball down low, in the post. But my teammates just couldn’t or wouldn’t make this entry pass to me. For a well-prepared team it was an obvious thing to do: get Arvydas Sabonis from the paint and exploit this mismatch. But a lot of teams from that era lacked true team play to make them pay for a mismatch or poor defense.

Who was your personal most difficult opponent from the Zalgiris squad?
“Homa” (Chomicius) played really well and aggressively on defense. Primary he guarded me most of the time. Also I have to mention Sergejus Jovaisa, who was a pretty clever player with really long arms which is an asset for anyone on the court. He was shorter than me, but had a greater wingspan. Jovaisa was so quick that you always had to be on a lookout for his deflections or steals, which usually would come out of nowhere. Those guys did a good job against me on defense. On the offensive side of the ball I often guarded Rimas Kurtinaitis, which was a nightmare when he used screens by Sabonis.

You see, Arvydas often set illegal picks, where he just spread his arms or cocked his elbows and you just couldn’t fight through this mountain of a man. Today, he would have gotten three to four offensive fouls a game, but back then he used all this clever stuff to get by without getting into foul trouble. And such a good scorer as Kurtinaitis needed just a half a metre of empty hardwood from Sabonis’ screen to get open and nail his famous three-point shot.

Besides illegal picks, what did players from that era use on the court to get an advantage?
Algirdas Brazys was a pretty good flopper from Zalgiris. But I’ve got to tell you that I used this trick of the trade too. It worked for both sides and everybody tried to take advantage. I even remember the great Alexander Belov used such extracurricular stuff, when he played for Spartak Saint Petersburg in the 1970s.
What really pissed me off though is that they often blamed me for overusing these moves. But, if you re-watch those games, you’ll see for yourself that nobody flopped more than “Sabas” (Sabonis) and “Kurt” (Kurtinaitis).
Arvydas was such a clever player basketball-wise that he used it especially effectively in his matchup with our centre Vladimir Tkachenko. As he usually got star treatment from the referees because of his immeasurable talent, Sabonis knew when to grab an opponent, when to push him, and used all this to his full advantage. Because of that and Tkachenko’s straightforward style we often were losing rebound battles under the boards and it really hurt us. Sometimes I tried to urge Vladimir to fight back, to use some of the dirty stuff as well, but he never did and Sabonis had his number almost all the time.

What were some of the main differences between Lithuanian and Russian basketball schools during the 1980s, if any?
It’s hard to say because the Russian basketball school consisted of a lot of different geographical pieces. A lot of players came from such regions as Ural or Siberia, and not too many players from Moscow, mind you. And everybody had their personal style, their favourite moves.
So I would say that there wasn’t such a thing as a Russian basketball school. Nevertheless a lot of talented basketball players regularly popped out in different areas of this huge 300-million-person country. Almost all of those players were under-coached, as training processes back then looked almost primitive, especially compared to the modern game. Run, shoot, and play were basically all the stuff we did during the training camp or practices.
In the Baltics, they had it a little different, as you can say that there was such a thing as a Lithuanian basketball school. First of all it was possible because basketball was and is the most popular sport there and a lot of people just played basketball. And every player, not just a talented one, had his special quality, his go-to move. For example, Kurtinaits never, ever warmed up before a game or practice. I couldn’t run 10 metres without thorough exercises, and this guy could step up on the court in the middle of the night, half silly from sleep and drain his famous three-pointers non-stop.

And to say that Zalgiris players were more technically sound and CSKA players were more athletic would be an exaggeration?
In a way it’s true. Our selection process was really good in those years and CSKA usually got all the best and most athletic players from all over the country. Contrary to popular opinion, almost all of them were happy to join Moscow’s powerhouse team. They could tell their former teams that they were “forced” to join CSKA, but mostly they were really glad to. The one CSKA tried, but couldn’t get, was Arvydas Sabonis. And it’s a good thing that he stayed put, as Zalgiris was the ideal place for all those Lithuanian players. But, it all starts with the basketball popularity within the country, as even then they had not one, but two really good teams: Zalgiris and Statyba (now Lietuvos Rytas). So, more people playing basketball leads to more really sound professional players. And this formula is still working in Lithuania.

What were the relationships between the players like off the court?
They were pretty tense in my case, as I didn’t acknowledge their superiority even after our defeats. I never liked to lose during the game or practice. It was natural for me to compete with Lithuanian players all the time, even when we all played for the Soviet national team. Especially for Zalgiris players, as a captain of the CSKA team, I was a guy who personified their most fierce rival.