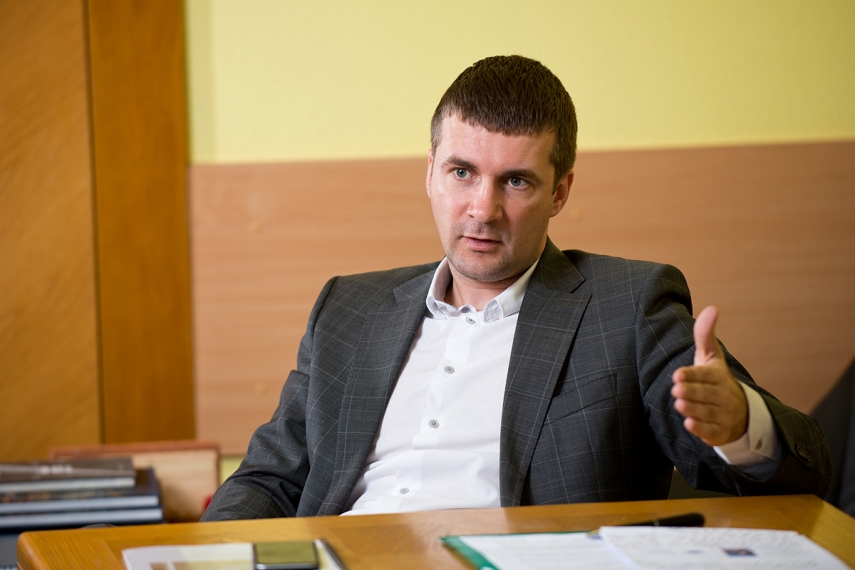 LDz cargo turnover has been decreasing during the past several months, and any further confusion could be damaging to the company's performance, said Lange.

The supervisory board must represent interests of the shareholders, which in this case means the state of Latvia. And the state is interested in ensuring stability in the operations and development of LDz, said Lange. If the current period of confusion continues any longer, it may have negative consequences for LDz and the entire transport industry. The decision made today and the appointment of temporary board members is meant to prevent this from happening, he explained.

Lange thanked the current management board for its job. "Last year's results were very good, the financial goals were all met and even exceeded, which was appreciated by the company's supervisory council as well as the shareholder and the Cross-sectoral Coordination Center," he said.

LDz supervisory board will invite candidates to apply for the vacant management board members' posts in the near future, added Lange. A professional employment agency will assist the supervisory board in the process.

As reported, on May 7 Transport Minister Talis Linkaits (New Conservative Party) expressed no confidence in Berzins and two other members of the LDz management board - Straksas and Sturmanis - and urged the company's supervisory board to remove them from their positions.

The minister informed that his criticism is mainly related to suspected crippling of competition, which can result in grave consequences both for LDz and Latvia. The minister has also obtained information about allegedly corruptive deals. This information has been forwarded to the Corruption Prevention Bureau (KNAB). An examination of several costly transactions, including marketing and advertising agreements, has revealed mismanagement on the part of the rail company’s executives, Linkaits said.

LDz executives responded by claiming that Linkaits’ allegations are aimed at preparing the state-owned rail company for privatization. Furthermore, Berzins and Straksas have asked the State Police to start criminal proceedings against Linkaits over defamation.

“By spreading declarative allegations unsubstantiated by any evidence and publicly making defamatory claims over the past month, Linkaits has significantly undermined the reputation of LDz management and the whole LDz group, causing suspicions in the public that my colleague Aivars Straksas and other managers mentioned by Linkaits have plotted to commit criminal offenses, which has seriously harmed the reputation of LDz group as a reliable partner in regional and international markets,” Berzins told LETA.

After the transport minister’s public claims of possible criminal activities in LDz, Berzins asked the KNAB to provide information on any facts that might confirm Linkaits’ allegations. “I have received compelling information that KNAB has no facts about my or Straksas’ involvement in any corruptive activities,” said Berzins.