Latvian Prime Minister - refugee flows within the EU are not controlled 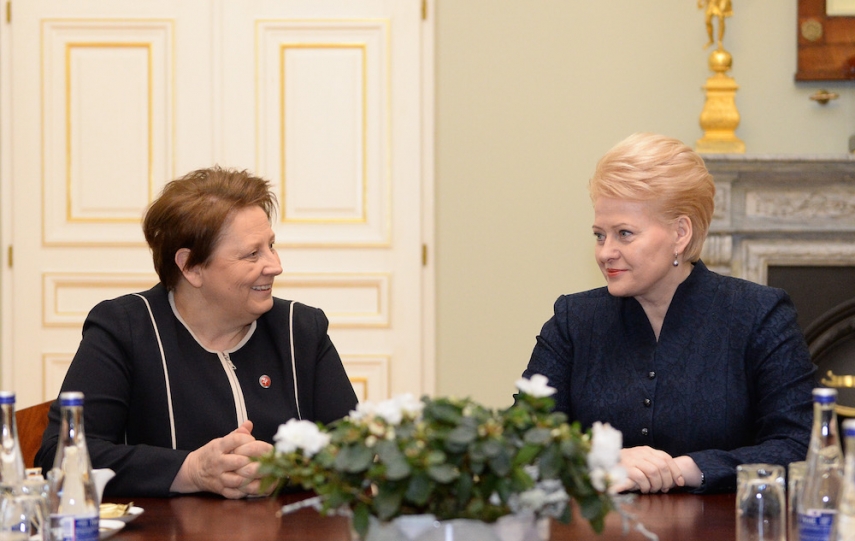 According to Latvian Prime Minister, Laimdota Straujuma, refugee flows in the European Union are not controlled.

Her comments come after an extraordinary meeting between Cabinet Ministers on November 16, 2015.

She said that in some EU countries the borders are practically open. She did not name these countries, but noted that Latvian borders are being protected.

Straujuma added she does not see it possible for Latvia to admit additional refugees.

"The refugee flows in the EU are not controlled at all - refugees in Sweden and Germany are not registered, and their fingerprints are not recorded.

“The European Commission has much work to do. The war refugee flow should be monitored," she said.

At the same time, she noted that "refugees and terrorists should not be mixed up".

"I would not like to escalate arguments among different cultures and religions," she affirmed.

She rejected the possibility of closing borders between EU member states.

"I do not support closing internal borders,” she said. I do not think terrorism will decline if we close the border with Estonia and Lithuania.

About 130 people were killed and more than 300 injured in coordinated terror attacks on restaurants, a concert hall and a sports stadium in Paris on Friday 13, 2015.

France has declared a state of emergency and closed the country's borders.

The Islamic State militant group has claimed responsibility for the attacks.

The Latvian government and the Latvian parliamentary committee on European affairs have supported the plan by the President of the European Commission, Jean-Claude Juncker, for dealing with the migration crisis in Europe under which Latvia would admit up to 776 asylum seekers.

The first refugees are expected to arrive in Latvia in winter.