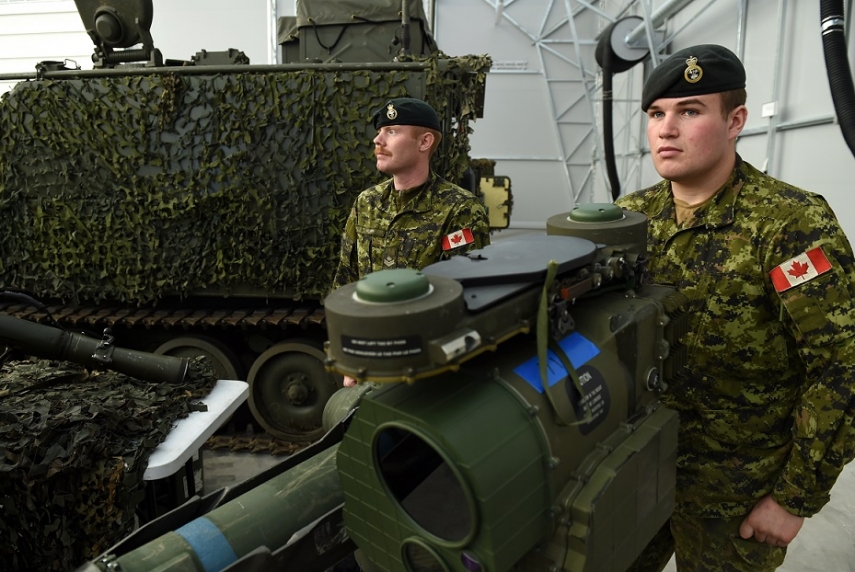 RIGA - The Latvian parliament on Thursday passed in the final reading the bill ratifying the memorandum of understanding between the Latvian and Canadian governments on enhanced defense partnership and security cooperation.

According to the parliament's press service, the memorandum establishes the procedure for Latvian-Canadian defense cooperation and describes in detail of the rights and obligations of the Canadian soldiers deployed to Latvia as part of a NATO multi-national battle group.

Allied military presence is very important for Latvia's defense interests, and Canada has already made a major contribution through development of the infrastructure for the needs of the Canada-led NATO multi-national battle group, the Latvian parliament said.

There is already active ongoing cooperation with Canada but creating a legal framework specifying the rights and obligations of the Canadian Armed Forces, their dependants and the contractors of the Canadian government during their stay in Latvia is a precondition for permanent presence of the Canadian forces which will enable Latvia to continue enjoying the collective defense guarantees provided by Canada as the lead nation of the NATO battle group.

To this end, the Latvian-Canadian memorandum of understanding on enhanced defense partnership and security cooperation was drafted. The memorandum deals with the Canadians' access to military infrastructure and other facilities in Latvia and the work of the Canadian construction contractors in those facilities. All buildings altered, improved or built by the Canadian forces in Latvia will be the property of the Latvian government but will be used by the Canada as long as necessary.

According to the memorandum, Latvia will waive the visa requirements for the Canadian soldiers, members of the civilian component, dependants, and contractors.

Activities by the Canadian government when implementing defense cooperation and investing in strengthening of the Latvian defense capacity will be tax exempt, and there will also be personal tax exemptions for the members of the Canadian Armed Forces and their dependants.

The memorandum governs also a number of other aspects of the defense cooperation.