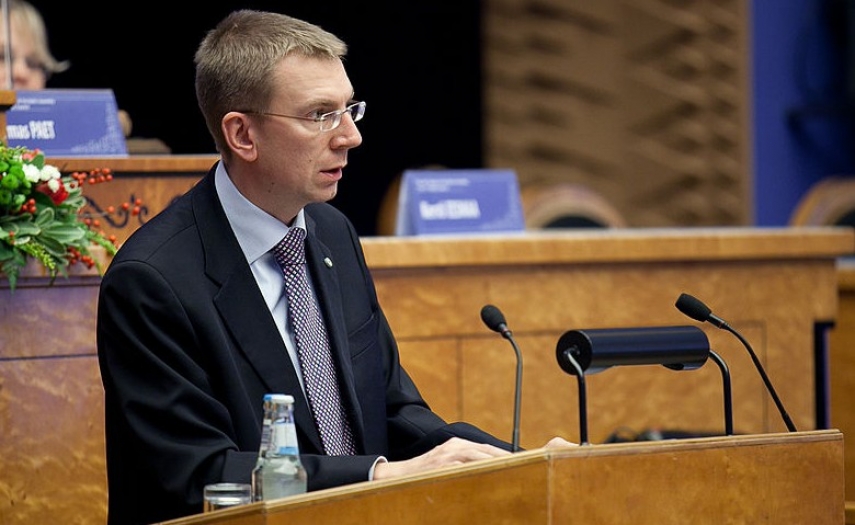 Latvia is ready for bilateral talks with Great Britain to ensure the protection of the Latvian nationals residing in the country, Foreign Minister Edgars Rinkevics (Unity) told the press after a closed meeting with Saeima European Affairs Committee Tuesday.

Latvia expects UK authorities to react clearly and effectively to all cases of hate speech, the minister said, adding that about 15 EU nations have named the protection of their expatriates as a priority in their future talks with Great Britain.

According to Rinkevics, the EU-British talks may result in a mandate providing for the protection of expats living in the UK. However, if no significant progress is achieved in the talks in the next couple of years, Latvia is ready to deal with the issue at a bilateral level to reach an agreement that would meet Latvia’s national interests.

Rinkevics said he had not yet received any reports from Latvian Embassy in London on new hate speech incidents. “We know that there is general tension, but the embassy will react if needed,” the foreign minister said.

The UK’s referendum on leaving or staying in the European Union has not affected the workload of the Latvian embassy’s consular department, Foreign Ministry Press Secretary-Ambassador Raimonds Jansons told LETA.

The news programme of Latvia’s LNT commercial TV reported on Monday that Latvians living in the UK have complained about hostile attitudes on the part of local residents in light of the Brexit vote, with some Latvians stating that they had never before experienced such poor treatment.

According to the report, open racism, xenophobia, and hate speech has increased notably in Great Britain on streets, in public transports, restaurants, and even workplaces.

A Facebook group has been established in the wake of the situation, detailing numerous incidents experienced by non-Brits in the UK. Apparently a portion of the British people hoped that borders will be closed immediately after the referendum vote and immigrants will be sent back to their countries of origin.

Laima Brencs, the head of a consultations and translations office in the town of Spalding who is helping Latvian immigrants, said that every day she now needs to assist Latvians who suffer from hate speech of their neighbours.

Hate speech is a crime in the UK, therefore all victims should report to the police, the TV programme stated.