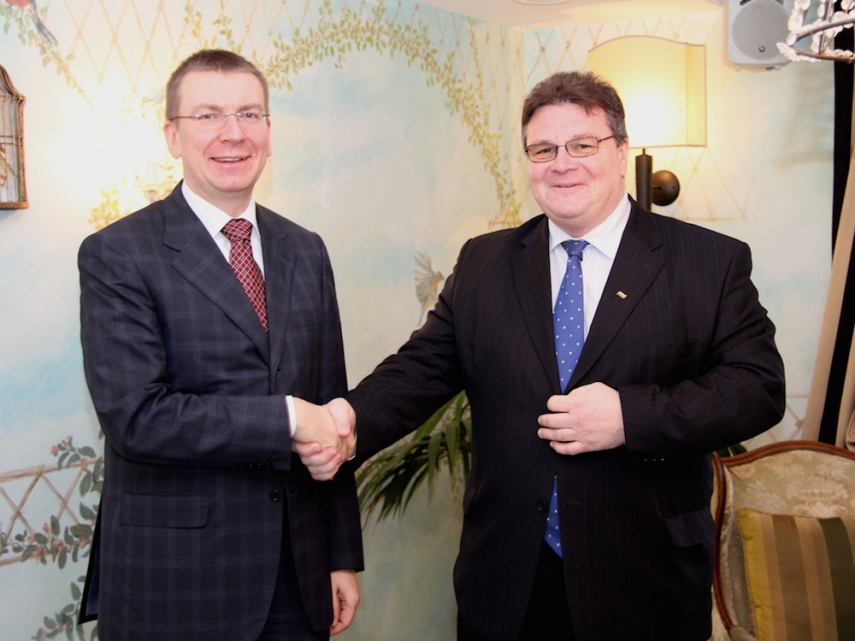 During an unofficial meeting on September 6, 2015, Latvian and Lithuanian Foreign Ministers discussed the upcoming joint meeting of their governments in Rokiskis, Lithuania, which will take September 18.

Rinkevics highlighted the successful and close cooperation, plus the increased political and economic dialogue between the two neighbouring Baltic States.

He also expressed the view that the first joint governmental meeting should be an informal event, which addresses and seeks solutions to various issues of practical cooperation.

As examples, he pointed to the looming migration crisis in the European Union, regional security issues and an increased NATO presence in the Latvia and Lithuania.

He also outlined strategic communications and the restarting of the work of the Intergovernmental Commission as points of address.

The ministers agreed support must be given to the launching of the second phase of the European Union’s naval operation in the Mediterranean, which addresses the boarding, search, seizure and diversion of smugglers’ vessels, and the apprehension of organised crime groups.