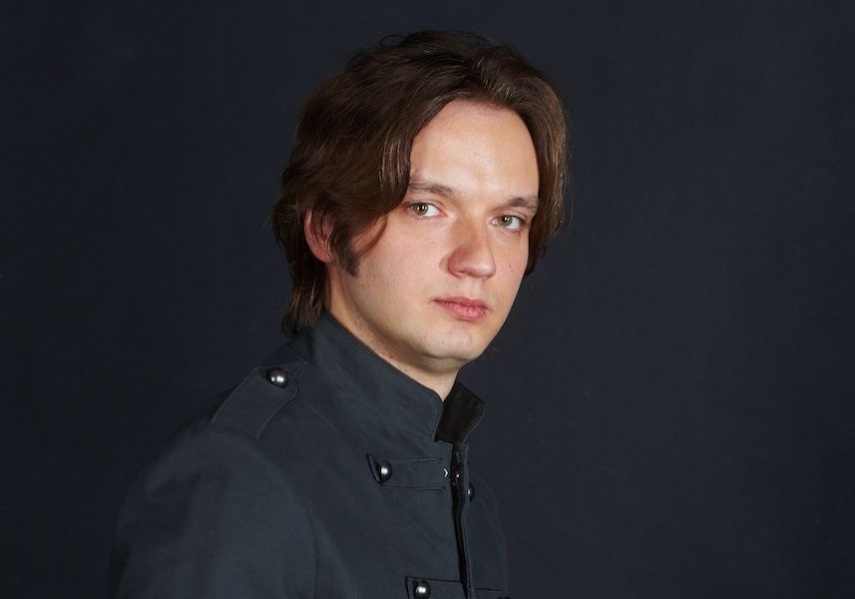 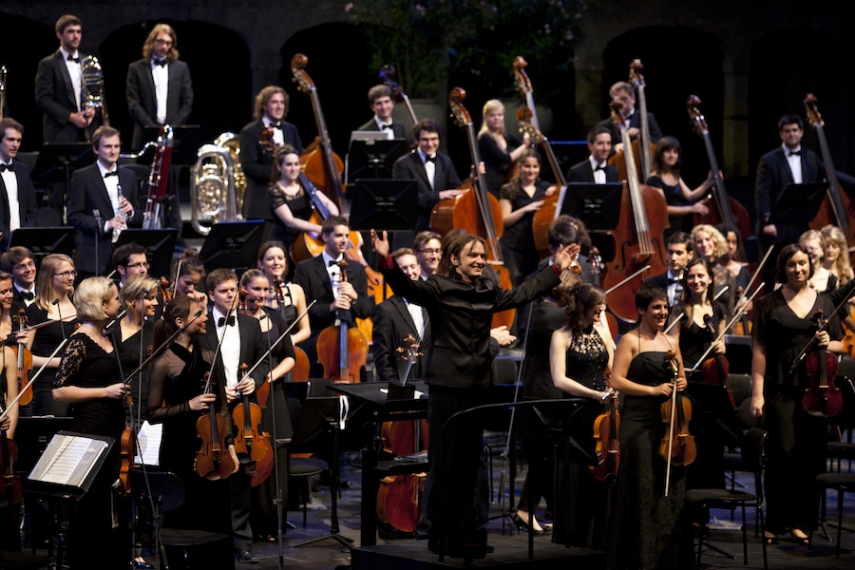 The Latvian conductor  Ainars Rubikis’ (39) name may not be as familiar to many as two other Latvian giants of the world conducting scene, Andris Nelsons, currently the music director of the Boston Symphony Orchestra and the music director-designate of the Leipzig Gewandhaus Orchestra, and Latvia’s conducting doyen, the nation’s most respected prominent world acclaimed conductor, Mariss Jansons. However Rubikis, a regular guest at the Latvian National Opera and Ballet  in his hometown Riga, is  busy with his guest world conducting schedule, and is on a path to matching both.

Rubikis has been appointed to the position of Generalmusikdirektor (Music Director) of one of Germany’s leading opera houses, the Komische Oper Berlin starting with the 2018/19 season.

Dr. Klaus Lederer, Berlin Minister for Culture and Europe and Chairman of the Foundation Oper in Berlin, and Barrie Kosky, Artistic and General Director of the Komische Oper Berlin, presented the rising Latvian world  conducting star at the signing of the contract on May 8 in Berlin.

Rubikis stated at the ceremony: "Taking on the position of Music Director of the Komische Oper Berlin also means to me managing the entire theatre collectively, and being held responsible for it, the joining together of the soloists, orchestra musicians, choral singers, stage workers, seamstresses, decorators, ticket vendors, to work together for all those who care about the theatre. It should be a cooperative effort towards a common purpose – to create a miracle for everyone including the audience. But not only this. The main joy for me is that I will meet a new creative family, where we will stand and fall together – heal heartaches and celebrate the successes together. In short, to be together in the joys and sorrows."

Rubikis gained international recognition as the winner of the Third Gustav Mahler Conducting Competition with the Bamberg Symphony in 2010, where the President of the competition jury stated "we have found an exceptional conductor," and was a  recipient of the Nestle/Salzburg Young Conductors’ Award in 2011 – two of the most important world competitions for emerging conductors

Starting in autumn 2018, Rubikis’ contract with the Komische Oper Berlin will run for three years with an option to extend until 2021/22.

Barrie Kosky, Artistic and General Director of the Komische Opera Berlin, said: "Ainars Rubikis is one of the most exciting young opera talents in Europe. Ainars has embarked on a very successful opera career. He conducted a marvellous Onegin performance here in the Komische Oper Berlin in winter last year, as well as a thrilling symphony concert in February. He is a smart, talented theatre man and a team player. I look forward to working with Ainars in the next years and am delighted that he will make his debut as our new Generalmusikdirektor with my production of The Nose in June 2018."  The Nose is a co-production with the Royal Opera House, Covent Garden and Opera Australia and will premiere in Berlin on 16 June.

Rubikis served as Music Director and Chief Conductor of Novosibirsk State Academic Opera and Ballet Theatre from 2012 – 2014, and was awarded a prestigious Golden Mask Award as Best Conductor for the new production of Bernstein’s Mass.

In discussion last year with Elisabeth Braw at The Baltic Times Gala Dinner, an event held yearly by The Baltic Times owner Gene Zolotarev to support young Baltic Journalists, Braw noted that Latvian conductors and singers are stealing the global spotlight, and turning Latvia into a musical superpower.

Braw’s article for Radio Free Europe Radio Liberty, which noted that Latvia’s musical supremacy has been in large part due to a Soviet legacy, quoted Ivars Cinkuss, director of the Rigas Tehniskas Universitates Viru Koris Gaudeamus choir  that "There was only one good thing the Soviets gave Latvia, and it was specialist music schools. In a way, our large number of top musicians is a direct result of the Soviet system."  Under Latvian law, every Latvian has the right to receive a musical education, with the government subsidizing generously  the nation’s  children's musical education.

Braw also noted comments of one of the world’s leading music impresario’s Jasper Parrott who "attributes the success of Latvian musicians not only to their grounding in the Soviet training methods, but also to their country's ability to improve upon the system by drawing on and adding uniquely Latvian cultural elements."

Clearly Latvia’s continuing musical powerhouse elite status is the direct result of the Latvian government’s commitment to music in public education. Ivars Cinkuss believes that the success of this commitment continues to be felt.

Further production and ticket information can be found on the Latvian National Opera and Ballet website:  www.opera.lv