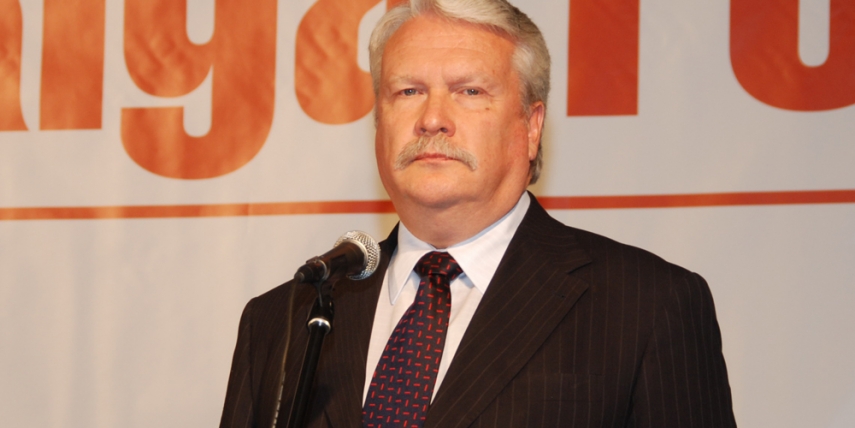 RIGA - Latvian Agriculture Minister Janis Duklavs (Greens/Farmers) denies having asked Lithuanian business representatives to dinner and hunting in Lithuania at the end of July alongside Latvian and Lithuanian government officials.

Lithuanian Agriculture Minister Virginija Baltraitiene, who also took part in the event, said on Friday that the Lithuanian businessmen had been invited by Duklavs.

"As far as I know, a few business figures were invited at the initiative of the Latvian minister," Baltraitiene stated in a press release yesterday.

In an interview with LETA, Duklavs maintained that he had not invited Lithuanian businessmen to dinner nor suggested that they be present. He declined to comment on the press release issued by Baltraitiene.

Previously Duklavs informed LETA that he had been invited to dinner and hunting by the Lithuanian minister and was unaware that business representatives had also been invited to the event. He believed, based on Lithuanian media reports, that the expenses of the event had been covered by Baltraitiene’s husband but noted that he was not certain of this.

The Latvian agriculture minister remarked that he saw no conflict of interest in his participating in the hunting trip together with the Lithuanian officials and business representatives.

Duklavs during a visit to Lithuania at the end of July ate and hunted together with Lithuanian Agriculture Minister Virginia Baltraitiene; Jonas Milius, director of the State Food and Veterinary Service (VMVT), who has been charged with abuse of office powers; and Audrius Kantauskas, CEO of Lithuania’s Biovela meatpacking group. Maris Balodis, the head of the Latvian Food and Veterinary Service, and several other officials of the Lithuanian and Latvian veterinary authorities, had also taken part in the event in the Panevezys district, northern Lithuania.

The gathering reportedly took place a day prior to Lithuania law enforcement authorities’ search of the Milius-led VMVT. The meeting has sparked suspicion in Lithuania as the business executive’s participation in state officials’ dinner raised questions.

The Lithuanian minister said that she and her husband attended the dinner and hunting trip in honour of Duklavs’ visit. According to Baltraitiene, the dinner was approved by the ministry, and Milius arranged the hunt. Attendees, however, paid for the hunt with their own money.

On Friday, Latvian Prime Minister Maris Kucinskis (Greens/Farmers) voiced his intention to ask Duklavs to clarify the circumstances under which he met with the group.

The prime minister noted, however, that Latvian Cabinet ministers convene with their colleagues from neighbour nations frequently and such meetings are vital for encouraging co-operation among the Baltic countries and the growth of the national economy, Kucinskis’ spokesman Andrejs Vaivars told LETA.

Meetings with the neighbouring nations’ state officials and entrepreneurs are also a standard practice, he said.

After the news of the meeting was made public earlier this month, the Latvian Foreign Ministry said it backed communication with Russian officials aimed at handling practical matters, but that officials had to follow regulations for such meetings and that the ministers therefore were expected to provide explanations of their discussion with Dvorkovich. Following a meeting of the coalition co-operation council which addressed the issue, Duklavs said he believe the matter to be exhausted, whereas coalition partners expressed hope that such cases would not occur again t in the future.