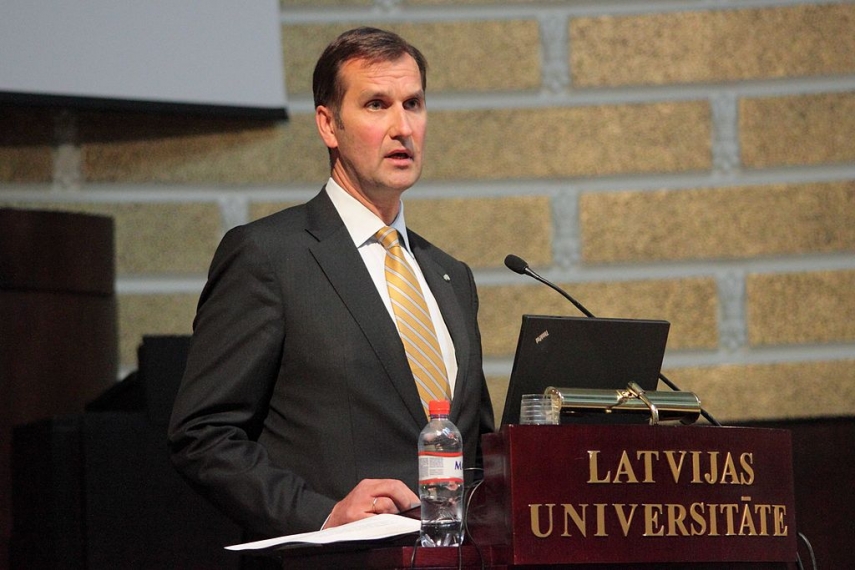 RIGA - Latvia should resume the debate about changing and perfecting the electoral system in a foreseeable future in order to make the choice easier for voters, Latvian Ambassador to Russia Maris Riekstins said on the public Latvian Radio.

If the electoral system was made more easy-to-understand, it will help voters to make their choice and will bring the powers that be closer to the people, the ambassador said.

He said the electoral system should be changed so that voters would understand for whom they were voting for. "At present voters are confused. In the last pre-election debate with participation of candidates to prime minister, half of the candidates were not even running in the elections," Riekstins said, noting that the accepted practice in the old Western European democracies was that the party leader was the candidate No. 1 and the candidate to the prime minister.

The trend of demonizing one's political rivals is strong in Latvia, the ambassador said. "I am not saying that those people never made political blunders and don't deserve criticism but the trend to trample on one's rivals is very strong," he said.

As to people trying to use their powers for personal gain, Riekstins said that those were "the difficulties of growing-up" encountered also by other post-Soviet countries. After the restoration of independence, Latvia had to build its democratic institutions from scratch which is one of the reasons for people with private agendas ending up in high positions, he said, suggesting that educating people about the significance of political processes, values and intolerance to illegalities would be a potential solution to the problem in the future.