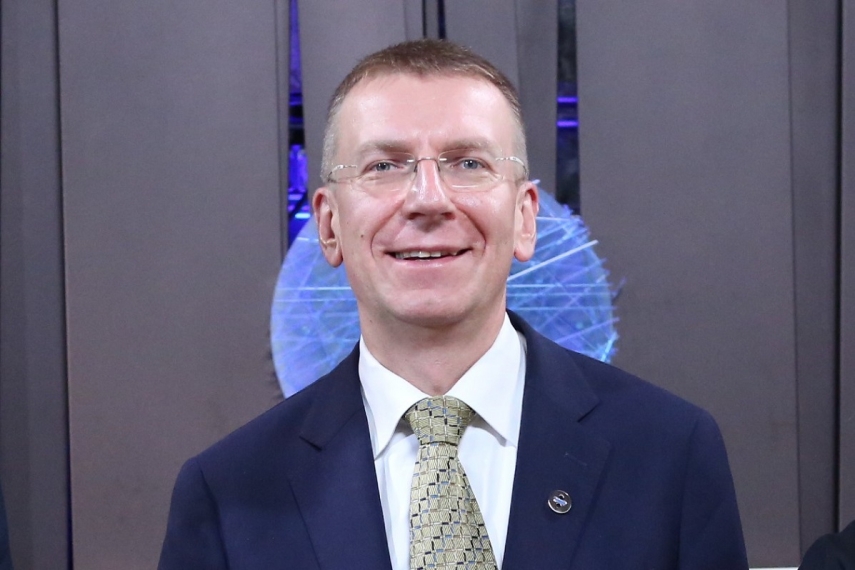 WASHINGTON - Latvia's foreign minister called Tuesday for long-term diplomacy to reach a new international agreement on intermediate-range missiles after the collapse of a landmark treaty between Russia and the United States.

The NATO ally has supported the US decision to leave the Intermediate-Range Nuclear Forces (INF) Treaty, agreeing with Washington that a new Russian missile system violated the 1987 pact, but called for a new accord in its place.

"I would advocate -- even if it is going to take a very long period of time, even if it may be a very, sometimes, complex and disappointing, from time to time, process -- it would be good to try to find a way forward on a multilateral arms control agreement in this area," Latvian Foreign Minister Edgars Rinkevics told AFP.

"It needs to be more than the United States and Russia because there are more countries that can produce such weapons than 30 years ago," he said in an interview in Washington, where he is taking part in a 79-member conference Wednesday on the fight against the Islamic State group.

While pointing the finger at Russia, US officials have voiced concern that the treaty does not constrain China whose rapidly growing military relies heavily on medium-range missiles.

For Latvia, which regained independence with the collapse of the Soviet Union, Russia looms large as a threat, the AFP points out.

Russian Defense Minister Sergei Shoigu said Tuesday that Moscow should develop new types of missile systems over the next two years after President Vladimir Putin followed the US lead in exiting the treaty.

But Rinkevics played down the immediate impact of the INF treaty's demise, saying that Russia had already been stepping up military movements since Moscow's 2014 annexation of Crimea.

He acknowledged that a future pact was unlikely to be as sweeping as the INF, under which last Soviet leader Mikhail Gorbachev and US president Ronald Reagan agreed to destroy all missiles with a range of 500 and 5,500 kilometers (310 and 3,400 miles).

"The difficult answer is that I don't see currently much appetite to do anything in this direction, almost from everyone," Rinkevics said.

The 1987 treaty put an end to an arms race that had scared many Europeans, who feared the destruction of their cities.