Latvia marks 100 years since the proclamation of independence 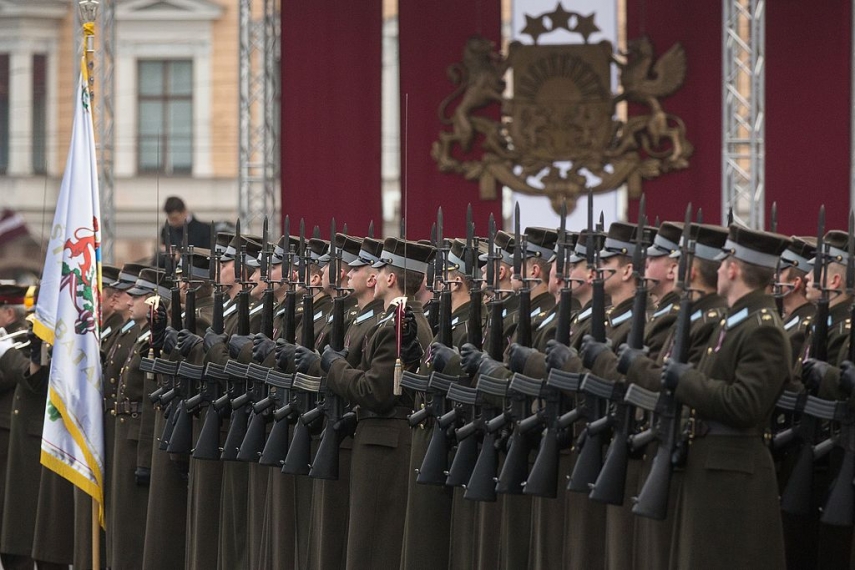 RIGA - Today Latvia is celebrating the 100th anniversary since the proclamation of independence.

Various events marking Latvia's 100th Independence Day take place all over the country today, the majority of which are free to the public.

Saeima is at a ceremonial meeting at the Latvian National Theater, where the independence of the country was proclaimed by the People's Council of Latvia on November 18, 1918.

Musical performance 18.11 will start at the Freedom Monument at 6:45 p.m. There will be singing, poetry readings, and video and light installations. After the performance, President Raimonds Vejonis will address the nation.

Light performance The Life of the Sun performance and fireworks display will take place at the Daugava Embankment from 9:02 p.m. to 9:20 p.m.