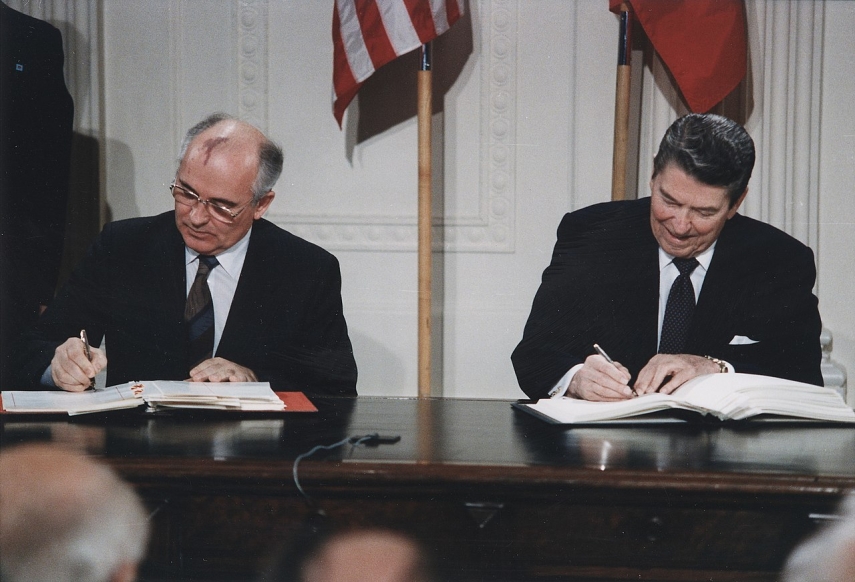 RIGA - In a statement, the Latvian Foreign Ministry points out that NATO Foreign Ministers adopted a statement on the Intermediate-Range Nuclear Forces Treaty (INF) today, in which they express support for the decision of the United States to suspend its obligations under the INF.

''The ministers conclude that following the announcement by the United States on December 4, 2018, Russia has failed to take any steps toward returning to compliance with the INF Treaty; neither has the country offered any credible, verifiable explanations concerning the production and fielding of missiles prohibited under the Treaty. Thereby Russia continues to pose risks to Euro-Atlantic security. The United States announcement on February 1 this year on beginning the process of withdrawal is a strong signal to Russia that the violation of obligations has adverse consequences,'' the ministry points out.

''By developing and fielding the missiles banned under the INF Treaty, Russia has seriously violated the obligations laid down in the Treaty; therefore, the US has legal grounds for undertaking proportionate counter-measures and withdrawing from the Treaty to protect its own security interests and those of NATO Allies. The Ministry of Foreign Affairs support the United States decision. In the Foreign Ministry’s view, the withdrawal process, which will take the following six months, still offers Russia the opportunity to destroy the missile systems prohibited under the Treaty and return to full compliance with the Treaty obligations,'' the ministry goes on to say.

''Effective arms control is a vital element of Euro-Atlantic security. The Ministry of Foreign Affairs is unanimous with NATO Allies that the situation where the United States and other states-parties comply with the Treaty unilaterally, while Russia violates its, is unsustainable and is not conducive to security in the Euro-Atlantic space,'' the ministry emphasized.

''Latvia calls on Russia to use the following six months in order to take constructive measures toward preserving the Treaty and ensuring its effective functioning in the future,'' the ministry goes on to say.