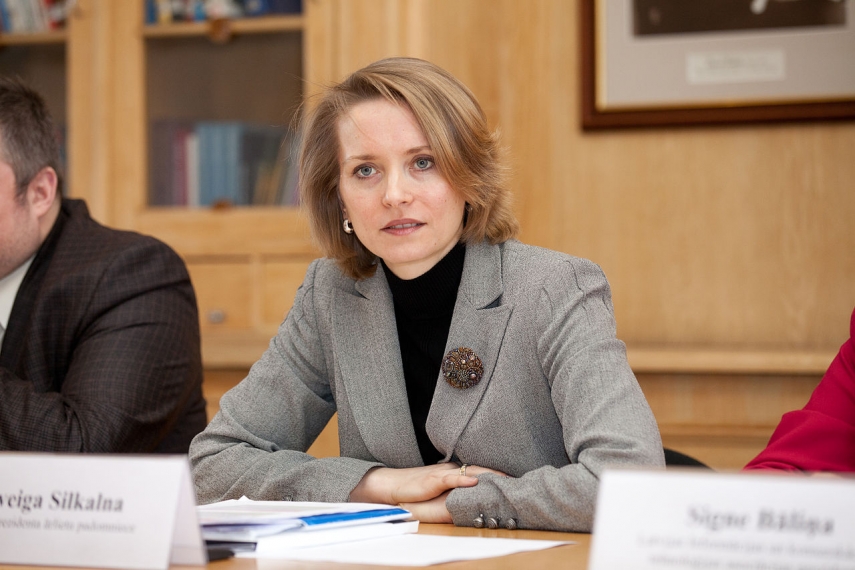 RIGA - On January 16, the Under Secretary for European Affairs at the Ministry of Foreign Affairs, Solveiga Silkalna, will meet with the Deputy Director for the European Union (EU), Jean-Claude Tribolet, and the Deputy Director for Continental Europe at the Ministry of Foreign Affairs of France, Nicolas de Lacoste, for a discussion on bilateral relations between Latvia and France, and EU-related topics, LETA learned from the ministry.

The parties will discuss the work accomplished to date and future plans for the implementation of the Action Plan of the Political Declaration on the Latvia-France Strategic Partnership. Bilateral cooperation will also be discussed, focusing on economy, security, education and culture, as well as cooperation in the EU and NATO.

On January 14, Jean-Claude Tribolet and Nicolas de Lacoste met with the Political Director of the Ministry of Foreign Affairs, Janis Mazeiks, to share views on issues of current importance for the EU, security policy and transatlantic relations. The French officials are also taking part in the French-Baltic States seminar on international security policy and foreign policy.

The French delegation is staying in Latvia on January 14-16.

On April 9, 2018, in Paris, the Foreign Minister Edgars Rinkevics and the Minister for European Affairs at the French Ministry for Europe and Foreign Affairs, Nathalie Loiseau, signed the Action Plan for 2018–2022 of the Political Declaration on the Latvia-France Strategic Partnership.

The Latvian-French Action Plan for 2018–2022 sets out specific measures aimed at developing cooperation between Latvia and France in vital EU-related matters, such as the future of Europe, the EU’s external relations, security and home affairs, the internal market and competitiveness, energy, climate and transport, as well as economy and finance. The Action Plan also seeks to advance Latvia’s political dialogue with France, multilateral cooperation in the framework of international organizations, as well as to promote bilateral cooperation in defense and internal security, public governance, economy, energy, agriculture, culture, education and science.