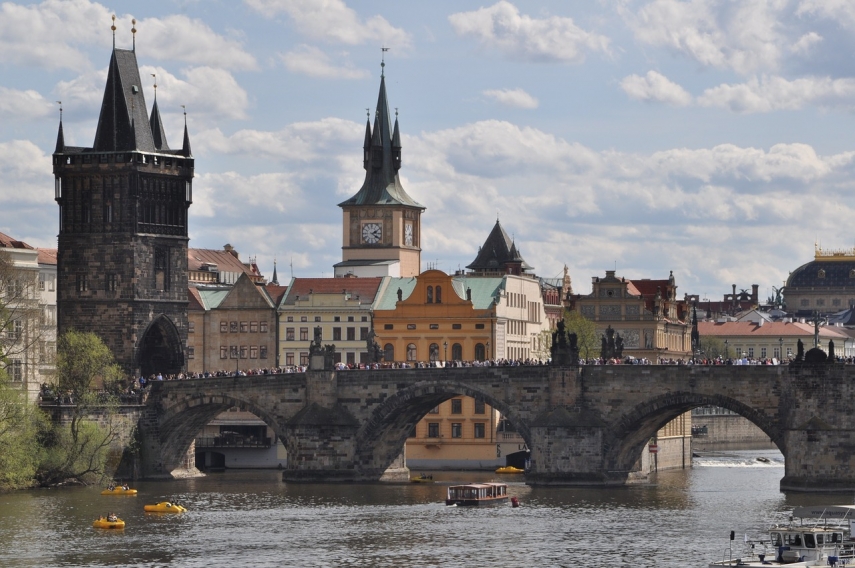 RIGA - There are many issues Latvia and the Czech Republic have to tackle together in the European Union (EU), Latvian Ambassador to the Czech Republic Gunta Pastore and Czech Foreign Minister Tomas Petricek concluded during a meeting in Prague.

LETA was told at the Latvian Foreign Ministry that Pastore met with Petricek as she started her diplomatic mission in the Czech Republic.

Both the minister and the ambassador agreed that as EU members, the two countries have many issues to tackle together, including the EU's next multiannual budget, preparations for the aftermath of Brexit, fighting disinformation and hybrid threats, support to Ukraine and the Eastern Partnership program.

The Czech foreign minister congratulated Latvia's new government and Prime Minister Krisjanis Karins (New Unity), as well as expressed satisfaction about the two countries' bilateral cooperation. Petricek noted that the Czech Republic this year is taking over the presidency of the Visegrad Four cooperation format (the Czech Republic, Poland, Slovakia and Hungary) and that in this context it was looking to develop contacts also with the Nordic-Baltic Eight (Denmark, Estonia, Finland, Iceland, Latvia, Lithuania, Norway and Sweden).

The ambassador thanked the minister for clear support for a united and strong EU, international rule of law, transatlantic ties and the EU's Eastern Partnership initiative.

While discussing cooperation in NATO, Pastore thanked the Czech Republic for helping to boosting Latvia's security. Latvia highly values Czech soldiers' participation in the Canada-led NATO battlegroup in Latvia, as well as involvement in the NATO-led air policing mission in the Baltics.

The conversation between Pastore and Petricek also dealt with growing economic exchange between the two countries, as well as successful cultural cooperation. The ambassador thanked the Czech government for enabling the teaching of the Latvian language at Charles University in Prague and Masaryk University in Brno.