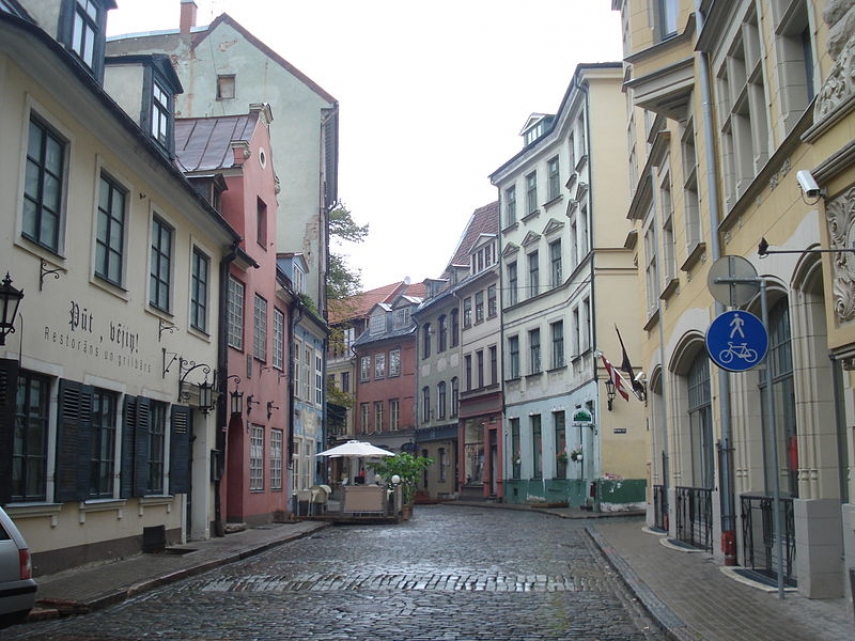 A NEW HOME NO MORE: how will Latvia's economy adapt if foreigners are deterred from living in Latvia by the Saiema's proposed changes to Latvia's immigration laws (Image: creative commons)

According to the Deloitte research, published in 2013, the economic effect of the program over 5 years was estimated to be more than 2.5 billion euros, which is a huge effect for such a new program that is so easy to administer. This research, together with advice by probably the best expert on residence permits, Canada’s Grant Thornton, was - to put it mildly - simply ignored by the government.

The September 2014 changes in the Immigration Law already brought the issuance of the new residence permits to a standstill; the Office of Citizenship and Migration Affairs (OCMA) in October issued a press release stating that in the one and a half months after the new legislation came into force, only three applications based on the new rules were submitted.

We can also confirm a substantial drop in interest among the clients of our group. To anybody with even a basic understanding of economics, it’s clear that the multiplier effect will work its way to the taxpayers pretty quickly. Everyone, not only bankers, real estate developers and restaurant owners, will feel the effect in 2015.

The changes that the new Saeima already approved at the first reading of the law state that Latvia should not provide residence permits to Russian citizens who purchase real estate in Latvia. The National Alliance wants to put these exact words into the state legislation and Saeima voted for the inclusion, so this is not just a PR action - this is how Latvia wants to be seen by the outside world.

I do not believe that this type of legislation sounds reasonable. From the legal perspective, limiting rights based on citizenship might bring unpleasant legal action against the State by all those people who made more than a billion euros’ worth of investment into the Latvian economy, and will definitely scare any new investors away.
If this is the price that Latvia is prepared to pay to make a political statement, then I hope that cooler heads in Saeima understand the consequences for the economy and the country.

The most profitable residence permit programs are actually run quite openly by the USA, Canada, the United Kingdom and Switzerland. The amount of investment in each of those countries is substantial even for those much larger economies. Our colleagues from Grant Thornton showed us how in 20 years they helped the Canadian government build the largest investor residence permit program in the world, attracting upper middle class and exceptional talent to the country, and bringing billions of dollars into the economy. The government should not only be making political statements; it should also be looking for a pragmatic approach as a way to build a strong economy. This is a fundamental responsibility to its citizens, a responsibility that - it seems - is severely lacking at the moment.

If I look at this issue purely from the business perspective - not as a citizen and taxpayer of Latvia - for our residency consultancy business this is not a “knockout”, as we can switch relatively easily to offering other residence programs: currently the UK investor visa and the Malta citizenship program are probably the most stable and popular.

We are also looking at the programs of our Baltic neighbors, and if before Latvia was the clear winner, now Estonia and Lithuania are becoming more attractive and as far as I am aware, they welcome investors from the CIS countries. We, as a country, will of course lose a very attractive economic opportunity, and I wonder if the government has a plan for 2015 of how to replace the budget hole that will inevitably come about as a result of scrapping the most successful investor attraction program of the last 10 years.