Karins' government has been working constructively, responsibly and professionally - report 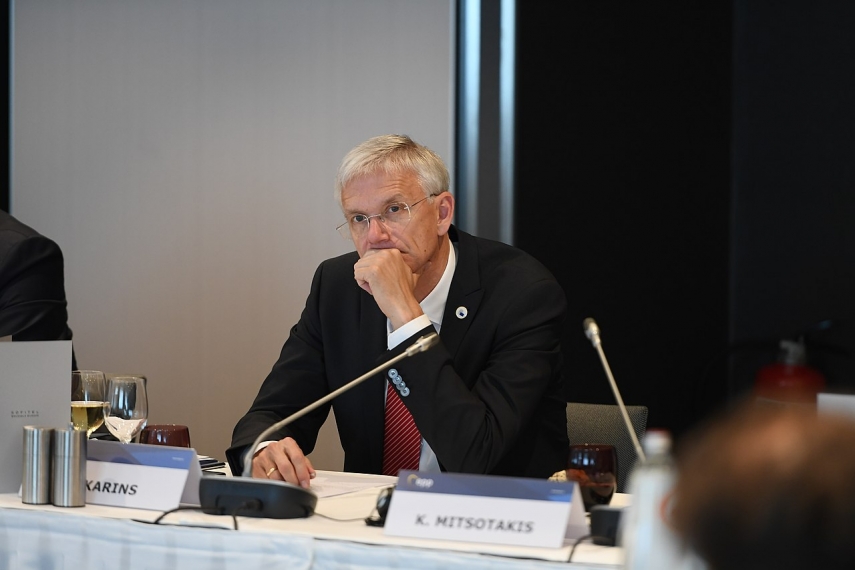 RIGA - The government of Prime Minister Krisjanis Karins (New Unity) has been working constructively, responsibly and professionally during the first year in office, according to the prime minister's report approved by the government on Tuesday, which will now be reviewed by Saeima.

The report lists the most important tasks accomplished in each area since January 23, as well as further actions planned to ensure implementation of the government's priorities and objectives and to promote stable and sustainable development of Latvia, the country's economic growth and national security.

The prime minister's main priority set for the government is straightening out the financial sector in line with recommendations issued by the Council of Europe's Committee of Experts on the Evaluation of Anti-Money Laundering Measures and the Financing of Terrorism (Moneyval).

Implementation of the administrative-territorial reform is stated as an equally important government priority. The government approved the reform on October 15, according to which the current 119 local governments will be reorganized into 39 municipalities. Now the bill has been submitted to Saeima for consideration.

At the initiative of the prime minister, Latvia has joined a group of European Union member states that are calling on the EU to implement a more ambitious strategy to combat climate change. According to the report, climate change is one of the biggest challenges for the EU and the world, and Latvia can significantly its economy with the help of the EU investment in cohesion policy in order to create different technological solutions and services for the prevention of global climate change.

No less important is the government's work on the 2020 and medium-term budget and submission of the budget bills to Saeima, says the report.

The report also emphasizes that security remains one of Latvia's key priorities. Work is underway to strengthen comprehensive state defense concept in order to ensure sustainability and functioning of the state and society in times of crisis.

"Despite the complicated process of government formation after the Saeima elections on October 6, 2018 the government has been working constructively, responsibly and professionally. The government team is very well aware that good results can be achieved if resources are focused and actions are rational," says the report.