Kaljulaid to speak with Putin in Estonia 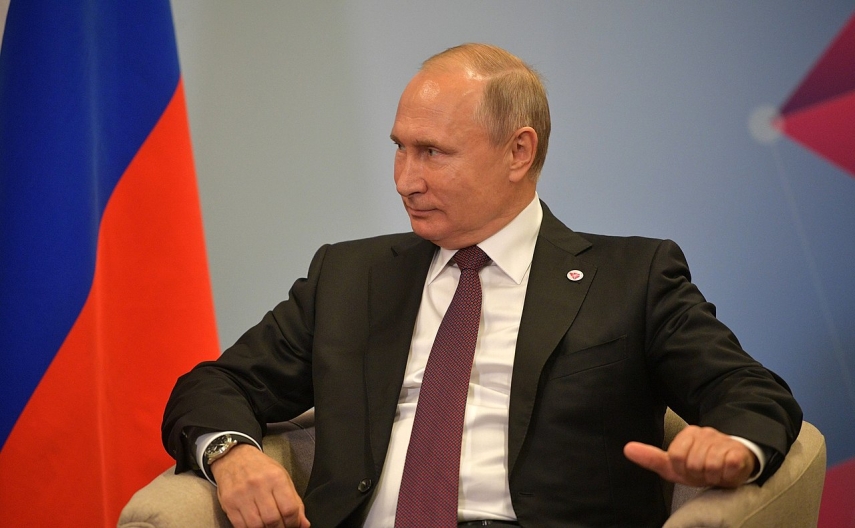 TALLINN - Estonian President Kersti Kaljulaid and Russian President Vladimir Putin will speak respectively in Estonian and Russian at their meeting that is due to take place in the Kremlin on Thursday afternoon, Postimees said.

In accordance with established diplomatic practice, both heads of state will have an interpreter with them. In addition, official delegations will be present at the meeting.

While there was no precise information about the duration of the meeting on Wednesday, officials close to the meeting have indicated that it will be longer than just half an hour.

In great probability there will be no press conference after the meeting. According to the information available on Wednesday, photographers and cameramen of the Estonian media outlets that have sent their representatives to Moscow will be allowed onto the premises to cover the early moments of the meeting, but Kaljulaid and Putin will not offer comments on their meeting together to journalists in the Kremlin.

The Estonian president is set to have a busy day in the Russian capital on Thursday. After arrival at the airport in the morning from Portugal, where she was on a state visit, the president is scheduled to open the renovated building of the Estonian embassy, which was the original purpose of her Moscow trip.

The dignitaries invited definitely include the head of the Russian Orthodox Church, Patriarch Kirill. Other well-known Muscovites who have received invitations apparently include Naina Yeltsina, widow of first Russian President Boris Yeltsin, as well as the last leader of the Soviet Union, Mikhail Gorbachev, with whom Estonian Ambassador Margus Laidre met of late.

In line with tradition, the Estonian embassy in Moscow invites more cultural and societal figures than businesspeople to its receptions. Postimees has learned that also all the former ambassadors of Estonia to Russia have been invited, including would-be interior minister Mart Helme and would-be defense minister Juri Luik, as well as MP Marina Kaljurand.