Jelgava: one visit and you’ll be hooked forever 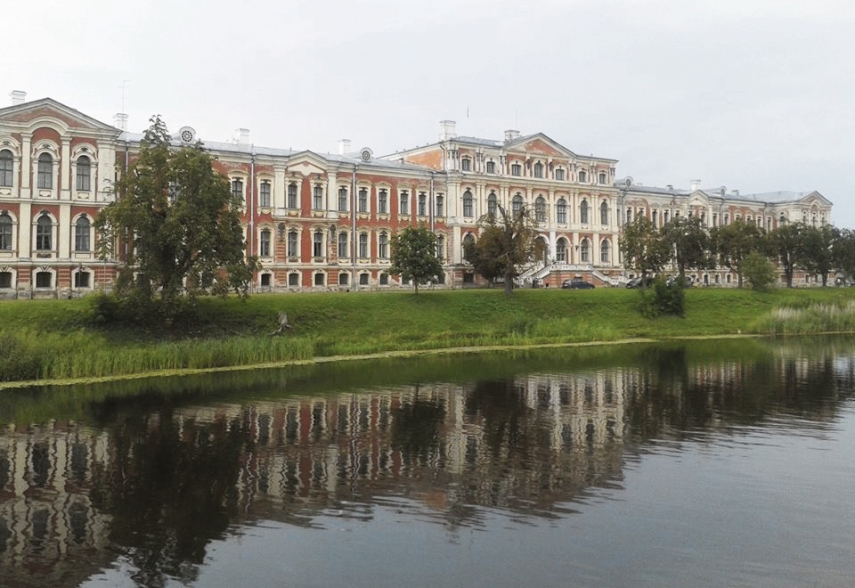 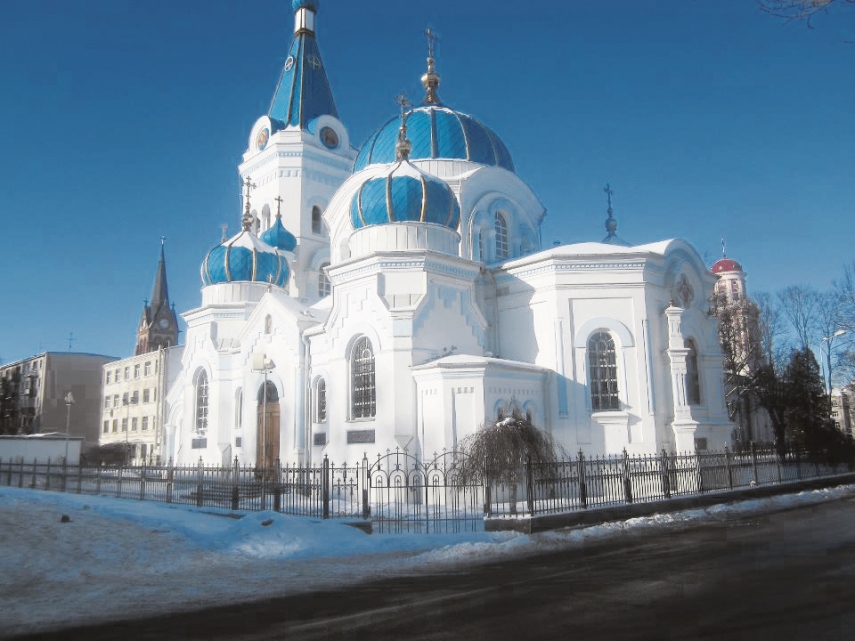 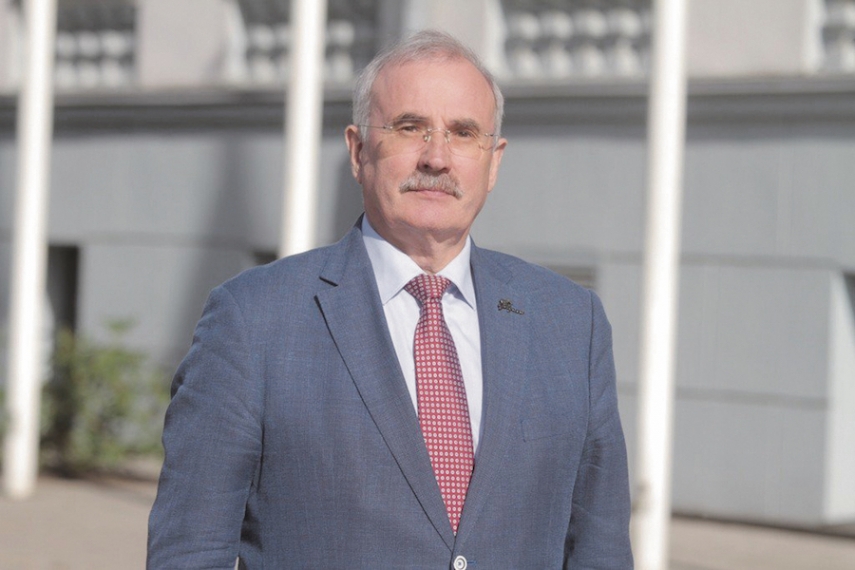 Just when you thought Riga was the star of the show, out pops Jelgava. Lying on the banks of the Lielupe River, Jelgava, which was once described as the most beautiful city in Latvia, is where you’ll discover among other things a rich abundance of Art Nouveau architecture.

The city’s principal landmark is the 17th-century Holy Trinity Church Tower, the last surviving remnant of the war-ravaged Church of the Holy Trinity. Around the corner, the Museum of History & Art is located at Akademijas 10, a Neoclassical building, pinstriped with cream pilasters topped by a thrusting clock tower. Built in 1775 to house Duke Peter Von Biron’s Academia Petrina, this was a very ambitious attempt at turning Jelgava into an internationally renowned university town that never caught on until now.

Jelgava and other cities previously under Soviet occupation have lived through both glorious and tragic times, but there’s been more tragic than glorious ones in Jelgava.

Jelgava is a city that’s witnessed devastation upon devastation as wars including the Livonian War, the First World War and the Second World War ravaged through the city to the astonishment of its inhabitants.

Jelgava suffered more than any other Latvian city during both world wars and the rebuilding of the city after the Second World War reflects a strong Soviet influence. The city, which is the country’s fourth largest, is now a major manufacturing centre.

The main reason to visit Jelgava is to see Rastrelli’s masterpiece, the Jelgava Palace, which was built concurrently with the better-known Rundale. Like Rundale and for the same reasons, Jelgava Palace was built in two phases by Rastrelli. Twice rebuilt almost from scratch following devastation in both world wars, the Baroque Jelgava Palace with its dignified, maroon and cream façade graces the riverbank next to the main Riga highway. Jelgava The Palace was built by Rastrelli for Count Ernst Johann von Biron in 1738 and it was intended as an urban equivalent to the edifice that was taking shape at Rundale. Now part of the Latvian University of Agriculture, the student-trampled corridors and lecture rooms retain very little in the way of original features.

Jelgava Palace was the official residence of Louis XVIII before he became King of France. During the Napoleonic Wars, Jelgava was largely spared destruction, although Prussian troops occupied the city.

Allow your mind to delve into the fading secrets of yesteryear as you discover Jelgava’s incredible collection of ancient churches, enchanting manor houses and the city’s unrivalled ensemble of Art Nouveau architecture. Charming manor houses and palaces dot the Jelgavan landscape whilst centuries-old Orthodox, Catholic and Lutheran churches can be found throughout the city.

Come and explore all this historic Latvian city has to offer including two major festivals, in particular the Ice Sculpture Festival and the International Sand Sculpture Festival which reveal Jelgava’s rich cultural heritage. One visit and you’ll be hooked forever.

What significant changes have taken place in Jelgava over the last decade?

During my childhood, Jelgava was only associated with Soviet architecture. Since then the city has managed to grow very quickly over the years and it continues to do so with many projects being given the green light to make our city attractive to visitors and potential business opportunities from abroad. There are so many new sites, renovated old ones and big events. You must enjoy it. That’s for sure.

What sets Jelgava apart from other EU cities?

Jelgava has been demolished, burned and rebuilt during 20th century. It’s a hospitable city which wants and knows how to host visitors. Despite all the destruction from the Second World War, Jelgava still possesses amazing architectural, cultural and historical monuments as well as modern buildings that have to be seen. Jelgava has become an administrative centre for various nationalities and it’s also become a city of dynamic development in the spheres of economics, education and culture. Visitors to Jelgava can get here whenever they wish to relax or to enrich themselves culturally. The city of Jelgava wants to share its riches with others. Museums, parks, cultural events and enterprises are waiting your arrival.

What attracts tourists to Jelgava?

Jelgava, the capital of duchy of Kurzeme and Zemgale, offers many surprises to visitors which can be discovered through significant historical objects, beautiful parks and fantastic architectural monuments as well as places for leisure and relaxation. The large variety of sightseeing objects and leisure facilities provides an opportunity for visitors to Jelgava to find many good things to do. Those guests who wish to feel the breath of ancient times and who are willing to learn more about the history of Latvia and Jelgava, are offered should visit the former residence of Duke of Kurzeme and Zemgale, the Jelgava Palace, the oldest higher educational institution of Latvia, Academia Petrina, and also the recently renewed Holy Trinity Church Tower. You can enjoy a leisurely stroll and meet wild horses on the island of Jelgava Palace, whilst the pedestrian promenade is a good choice for those who wish to have a romantic walk near the river.

Why should foreigners invest in Jelgava?

Foreign entrepreneurs should definitely think about investing in Jelgava as the commercial environment is friendly to foreign companies. EU directives are implemented and observed in Latvia to ensure a common market in the EU through the free movement of goods, services and labour.

The people of Jelgava have good English, Latvian and Russian language skills and speaking any of these should make communicating with government or business representatives very easy. The business environment in Jelgava is rated very highly as it’s among the best in Central and Eastern Europe. The World Bank rates Latvia in the category of ‘Ease of doing business’ as 29th among 181 countries. Jelgava has a unique geographical and cultural position, providing a strategic location for business operations targeting developed economies within the EU as well as the emerging markets of our eastern neighbours.

Lena Pavlova is a resident of Jelgava:

How has Jelgava changed over the years?

Jelgava has come a long way over the past few years. Many notable changes have taken place adding to the city’s attractiveness and beauty. We now have a spectacular new bridge over the Lielupe River, a brand new beach which is very popular during the summer months as well as many amazing parks to stroll through, enjoy and explore.

What Jelgava sights would you advise visitors to Jelgava to visit?

There are so many sights and attractions for visitors to see in Jelgava. Visitors must go to the Jelgava Palace where they’ll enjoy the picturesque building and learn about its fascinating history. You should make your way to the Tower of Holy Trinity Lutheran Church. The oldest church in Jelgava was once located here.

The tower was renovated in 2010 and it’s a very popular tourist attraction. Go to the ninth floor where you’ll enjoy spectacular views of the city below. Jelgava’s train station on Stacijas Street is a treat for every visitor. It was built in 1870 and inside you can see a selection of fantastic historical photographs of the building. Sts. Simon & Ann Orthodox Cathedral on Raina Street is well worth a visit too. It was built by N Chagin between 1890  and 1892 with financial support from the Russian Czar Alexander III. Academia Petrina on Akademijas Street is one place that you certainly have to visit. It was a Grammar School in the past but today it houses the Gederts Elias Museum of History of Art.

Get to Jelgava today and experience all the city has to offer!