Japan’s Schindler: The spy who became a lifesaver 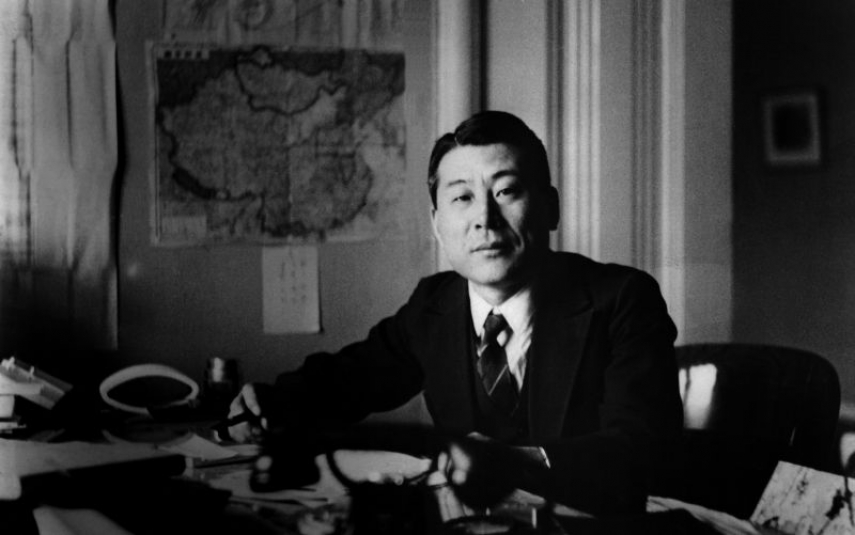 SUGIHARA: A courageous diplomat of humanity

Chiune Sugihara may not be a widely recognised global name, but during the early days of World War Two, this Japanese diplomat served as his country’s vice-consul in Lithuania’s interwar capital, Kaunas. Despite his relative anonymity, the efforts of this unassuming official to save the lives of over 6,000 Jews are as compelling and heroic as those of the internationally recognised Oskar Schindler.

Sugihara began his career with a stint at the Manchurian Foreign Ministry, where his activities earned him the dubious honor of becoming the first Japanese diplomat to be declared persona non grata by the Soviet Union.
Sugihara was then sent to Europe as an intelligence officer, operating under the guise of a Japanese diplomat. His first assignment saw him operate in the USSR’s neighbour, Finland. Afterwards, he was dispatched across Lithuania, Germany, Czechoslovakia, and finally Romania, where during World War Two, at great personal risk to himself and his family, he gathered intelligence for the Japanese government amidst an increasingly fragile global security situation.
In 1939, Kaunas was a perfect spot for an intelligence officer to observe a Europe which was being pushed closer to the edge of war with Nazi Germany.

Shortly after Sugihara arrived in Lithuania’s then-capital, Adolf Hitler’s forces invaded Poland in Sept. 1939. An official declaration of war against the Nazis followed, and 21 years after the end of World War One, the world was once again plunged into the darkness of international conflict.
Polish Jews fleeing their country’s occupiers began arriving in Kaunas. Once there, they reached the Japanese consulate to seek visas in order to escape the increasingly violent Nazi policies.

Their numbers and desperation increased, and with Tokyo not approving visas, Sugihara ignored all possible outcomes and took it upon himself to issue transit visas to Japan for the increasingly frantic Jews.
Though violating orders from the Japanese Foreign Service, Sugihara organised the evacuation of more than 6,000 Jewish refugees to Japan.
“They were human beings and they needed help.” Speaking about his actions in 1940, Sugihara said: “I am glad I found the strength to make the decision to give it to them.”

The Simon Wiesenthal Center, an international Jewish human rights organisation, has noted that 40,000 descendants of the Jewish refugees are alive today because of Sugihara’s actions in Kaunas.
Sugihara was issuing transit visas until his very final day in Kaunas.  As he prepared to depart by train from a city that has since honoured him for his humanity and courage, in an act of great desperation, he threw blank yet stamped and signed transit visas, with the purpose of being filled in later.

Upon departing, he stated: “Please forgive me. I cannot write anymore. I wish you the best.”
As the Japanese bowed respectfully to those who had assembled before him upon his departure, the words “Sugihara, we’ll never forget you’’ were shouted in gratitude.
In contemporary Lithuania, Sugihara’s efforts have not been forgotten. The Japanese Ambassador to Lithuania, Toyoei Shigeeda, recently told The Baltic Times that the Japanese Embassy organized the unveiling ceremony of a commemorative plaque honouring him.

“Lithuania also organised the Sugihara Project in which 12 gymnasiums and pro-gymnasiums participated and organized some events where students delivered presentations on the life and work Chiune Sugihara,” he said.
“I would like to highlight that Chiune Sugihara played an important role in saving Jewish people but we should not forget other people also struggled to support them on the way to other countries via Japan,” Shigeeda stated. “For example, Japan Travel Bureau (JTB) arranged ships for transferring Jewish people from Vladivostok to Tsuruga, and people in Tsuruga supported Jewish people during their stay there.

“I believe that without such supports by those people, the Jewish people would have faced many more obstacles.”
2016 marks the 25th anniversary of diplomatic relations between Japan and Lithuania since it became independent from the USSR. There are many events which have been prepared to celebrate this anniversary.
“I hope this important and humanitarian memory of Chiune Sugihara will continue to strengthen the friendly relations which continue to exist between Japan and Lithuania — ‘Dar arciau, dar draugiskiau,’” said Shigeeda.
Sugihara’s courageous life exploits have also been commemorated in the release of a feature-length biopic film entitled “Persona Non Grata,” which is directed by Japanese American director Cellin Gluck.

The film’s world premiere was held in Kaunas in Oct. 2015, followed by the Japanese premiere on Dec. 5, 2015.
The film’s release year was set to coincide with the 70th anniversary of the end of World War Two.
The American premiere on Jan. 31 of “Persona Non Grata” will be shown at the world’s largest Jewish film festival, the Atlanta Jewish Film Festival.

“Heroes are born when ordinary people respond to extraordinary circumstances,” explained Gluck. “(Sugihara) didn’t advertise or flaunt his heroism. He just did what he thought was right, and as a result, thousands of people’s lives were saved, and their descendants eventually numbered in the tens of thousands. That’s what made him a hero.”
The idea of bringing Sugihara’s dramatic story, including that of his younger years to the screen, came from the production team behind the 2011 film, “Oba: The Last Samurai.”

“Oba” was based on the true story of Imperial Japanese Army Captain Sakae Oba’s activities on the island of Saipan at the end of World War Two. This new project, focusing on another true story, that of Sugihara, took shape in 2012.
In 1985, Chiune Sugihara was granted the honour of the Righteous Among Nations by the Israelis — a title conferred to non-Jews who refused to act as bystanders during the Holocaust. In 1993, he was awarded the Life Saving Cross by the Lithuanian government.

The names of each human being saved by Sugihara and his wife are listed on the website of the Sugihara House in Kaunas, which was set up in the historical rooms occupied by the former Japanese vice-consul.
Located in Kaunas’ Zaliakalnis district, the aim of Sugihara House is to present unique moments of Sugihara’s life, and the stories of those who were rescued by him.

The museum exhibits documents brought from Japanese archives previously unseen in Lithuania.
These feature the authorizations of President Antanas Smetona to vice-consul Sugihara, the diplomat’s accounts of his work in Lithuania, telegrams to the Japanese government about the situation in 1940, plus the list of issued visas.
The Sugihara House exhibition, “Visas for Life,” has also been enriched by documents, photographs, and passports from the personal archives of survivors’ families.

The Sugihara House is located on 30 Vaizganto street, in Kaunas, Lithuania.
Opening hours are from Mon – Fri, 11:00 – 15:00
Further information is available on www.sugiharahouse.com