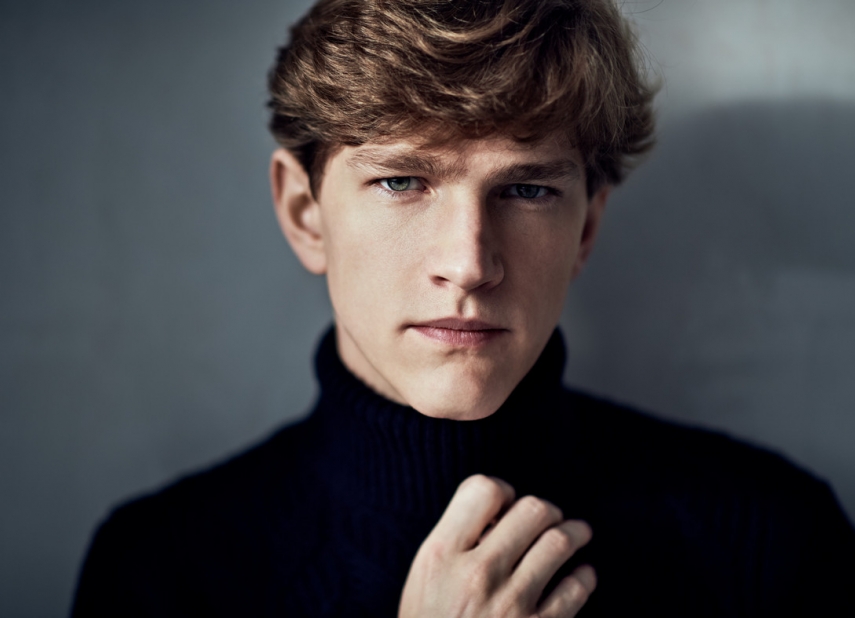 On March 4 a new superstar of the classical stage - pianist Jan Lisiecki will perform on the stage of the National Theater with a big solo concert.

Jan Lisiecki - Polish - Canadian pianist was born in Canada. Starting performing at the age of 5, the pianist signed an exclusive contract with Deutsche Grammophon at the age of 15. Described by BBC Music Magazine as "perhaps the most 'perfect' pianist of his generation". Young man whose bearing and composure suggest a maturity well beyond his years, yet the discernible twinkle in the eye and coltish toss of the head betray the youthful joy he brings to classical performance. In spite of this youth, he has already been aﬀorded comparisons to Maurizio Pollini, Arturo Benedetti Michelangeli and Krystian Zimerman. He has even
been called the Mozart of our times.

Lisiecki rebuﬀs the labels of «genius» or «child prodigy», confiding that such classifications put a great burden on a young artist as the world watches «what will he do, what will
he become?» And such pressure is certainly «not good for the child». His approach to music is a refreshing combination of dedication, skill, enthusiasm and a realistic perspective on the
career of a musician.

While it may seem that Mozart and Chopin are something of an obsession for the young pianist, absorbing a relatively large area of the scope of his interests, Lisiecki insists that his interests are
varied and he reaches for various composers at various points in time. It is the comparisons with a young Mozart or Chopin that has formulated an association in the minds of the public that
he incorporates these masters for the modern piano. As for his approach to style, Lisiecki says his aim is always to perform the music in a way that carries forward the beauty and brilliance of
the original composition, rather than highlight any particular quirks or eﬀects that would grant him a recognizable style. In this way he has demonstrated that he is capable of rendering an
original composition remarkably close to the way it was intended
to be played by the composer himself.

Today Jan Lisiecki is in his early 20s and performs over 100 concerts every year, performing in the world's most prestigious concert halls and working closely with the greatest conductors of our time such as Antonio Pappano, Yannick Nézet-Séguin, Daniel Harding, Kent Nagano and many more.

The concert is organized by international company Winstag Production OU.

Tickets are available at city ticket offices and on the website bilesuparadize.lv.