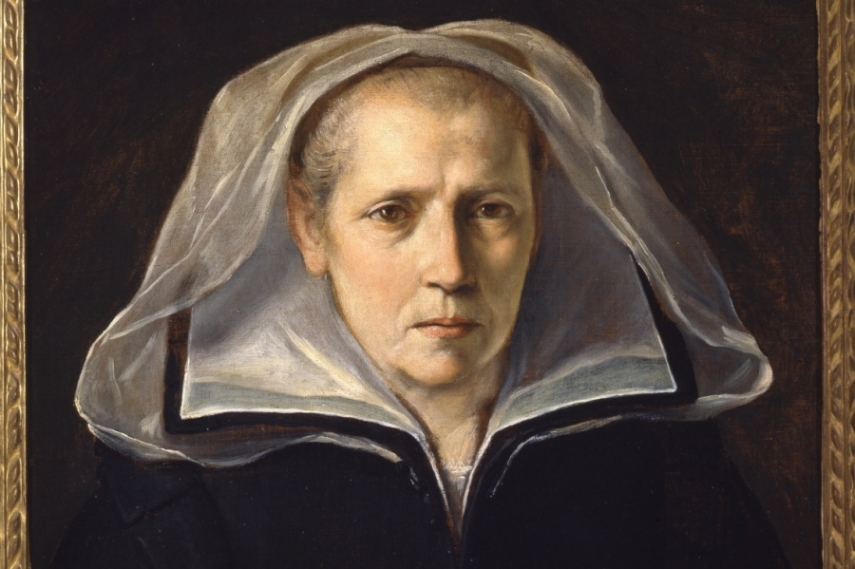 Photo of portrait of Mother Ginevra, a haunting image

RIGA - Italian art of the past centuries, especially painting, has a firm footing in the displays of countless Western European art museums, which welcome exhibitions relating to the art of the 15th, 16th and 17th centuries with open arms.
As Latvia took over the presidency of the Council of the EU, treasures from the museums of Bologna will also travel north as a greeting from Italy. The choice of this city is no coincidence because Bologna and Latvia have ancient historical ties. During his European tour in 1785, Peter, the Duke of Courland, fell in love with the city and as a memento of his presence, he founded an art prize at the Bologna Academy of Art.

The prestigious competition came to be known as the Concorso Curlandese and endured long after the Duchy of Courland had been forgotten. In Latvia this story was rediscovered in the 20th century and now the time has come to discover how rich the Bologna museum collections are. Our story is about the time leading up to the duke’s visit and thus, very probably, also about the works that pleased the duke’s eye and opened his heart to creating such a generous prize.
In the last decades of the 16th century, painting in Bologna experienced a significant revolution in Italian art, and European art in general. The origins of the progress in art that left its influence on Rome and many other European cities for the next two hundred years can be found in Bologna.

Through portrait painting, this exhibition demonstrates the special and innovative character of this art. The core of the show is formed by works from the collection of the Bologna Pinacoteca together with paintings from museums in other cities. The portrait genre allows us to trace the development of skillfulness in painting in the great diversity of styles that appear in future generations of artists.

The exhibition is introduced by the works of Lavinia Fontana. Her famous portraits take on the elegance of the 16th century mannerists. At the same time they balance and surprise with the depiction of the fineness of the clothing and revelation of the psychological image of the subject.

This tradition was simultaneously brought up to date by the then-modern thinking of Annibale Carracci, his brother Agostino and cousin Ludovico. They captured reality with great sensitivity, opening up possibilities for the development of modern painting.

Characteristic of every successive generation of Bolognese artists is the high quality of technique that developed alongside an individual and original painting style, as well as the ability to depict the inner world of the subject with a fine subtleness.
The works of Guido Reni demonstrate the power of Baroque art – to capture man’s soul with feeling while credibly depicting reality.

The exhibition offers the possibility of following the evolution of the art of the portrait that finds expression in the works of Giuseppe Maria Crespi, Donato Creti and, towards the end of the 18th century, in the portraits by Gaetano Gandolfi as well.

In every painting on show, it is possible to see those quality values that reach beyond time and which are also a precondition for the development of romantic culture and modern art in the future. At the same time, every portrait is an outstanding artistic success and an unusual depiction of the personality using every subject’s individuality and the historical context.

The exhibition will be held at Riga Bourse from Feb. 7 till Apr. 19.