It's time to put an end to assigning non-citizen status 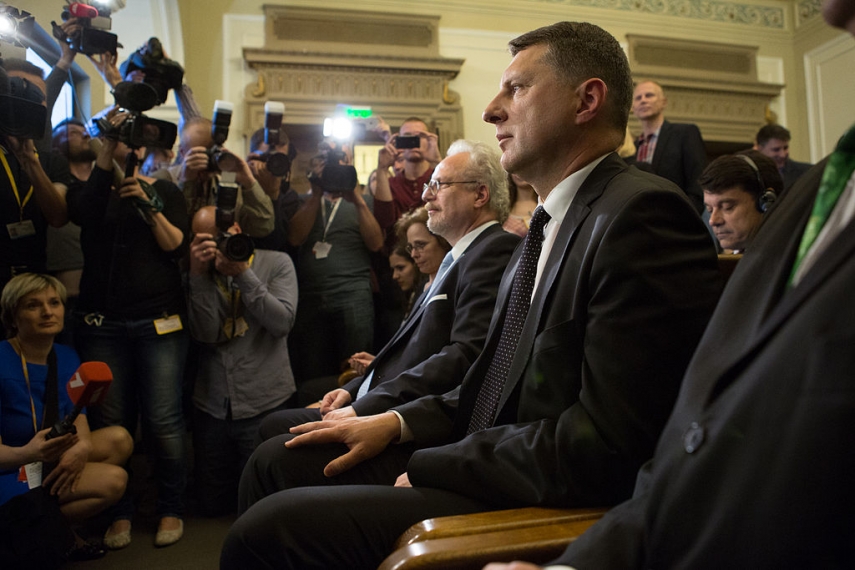 RIGA - It’s time to cease assigning non-citizen status in Latvia, President Raimonds Vejonis said as he opened a debate on the legal and practical aspects of the issues today.

The president underlined the necessity to “cross the threshold and be courageous”.

President Vejonis organized the debate “Termination of Assigning the Status of Non-citizen in the Republic of Latvia” at Riga Castle to discuss with experts his initiative to allow children of Latvia’s non-citizens to become Latvian citizens at birth, unless their parents choose to give them the citizenship of some other country.

Vejonis indicated that the debate is important both to society and Latvia as a whole and that it will help work out and formulate the respective legislative proposals, which the president may put before the Saeima already next week.

“A weighed government decision will be important, because all children who live in Latvia are our children, including the existing ones and those who will be born. It’s time to cease assigning non-citizen status because we are a European country, we live in a progressive, modern state that might be ready for such challenges,” Vejonis said.

The president said that the registration of newborns as non-citizens has to end, otherwise the vicious circle will never end, and that one must not fear scrapping the non-citizen status.

“We have to be confident about our state, that our education system is ready and able to help raise each child as a true citizen of Latvia. Time will tell whether we have sufficient will and capacity to achieve this,” the president said.