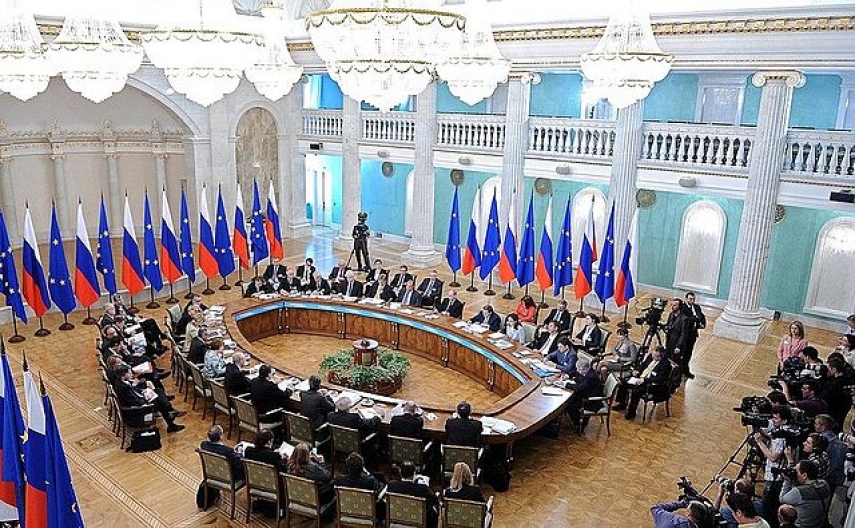 BRUSSELS - The debate on the European Union's sanctions against Russia held at an EU summit on December 14, 2017 was not preceded by any preliminary negotiations on this decision at EU agencies, Russian Permanent Representative to the EU Vladimir Chizhov said in an interview with Interfax.

"What conclusion can be drawn from that? The conclusion is that the decision on extending sanctions [against Russia] is so controversial that it is possible to adopt it only at the highest level. In other words, this time the process of formalizing the decision sort of took place from top downward," the Russian diplomat said, adding that "this decision was preceded by a heated debate."

"The issue of sanctions has now reached the highest political level (in the EU)," Chizhov said.

"As far as we can judge, watching from the sidelines, whereas earlier the leadership of Germany and France, as member countries of the Normandy format, set the tone of discussions reporting progress, or, to be more precise, the absence of progress in implementing the Minsk Agreements, everyone was nodding and the issue was considered as decided, this is no longer happening today. And it is already a shift. It is clear that this shift is insufficient to prompt the EU's policy to take a turn, but things are rarely done in the blink of an eye in politics," he said.