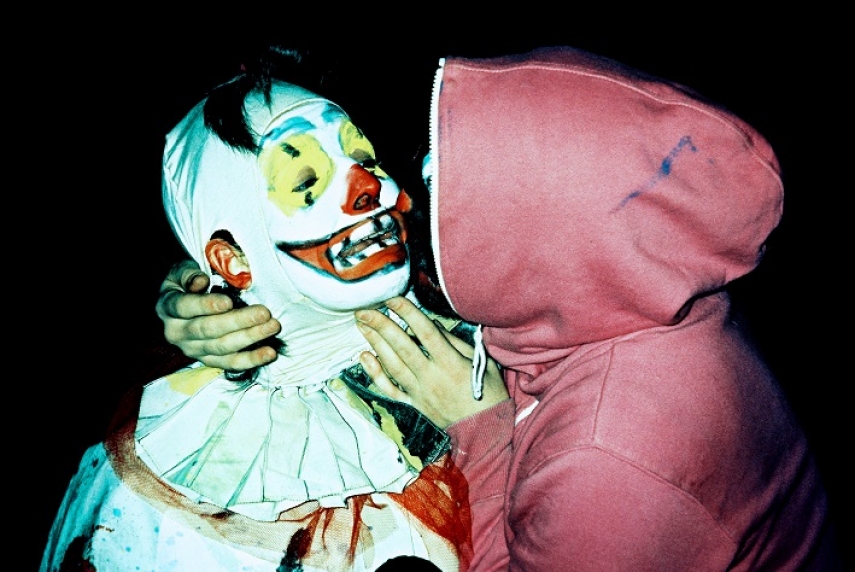 Until the 15th of July the Polish photography exhibition "Identity Issues" is on view in Cēsis Exhibition Hall (Latvia) with the participation of internationally recognized authors Irena Kalicka (PL), Zofia Krawiec (PL), Mateusz Sarello (PL) and Marta Zgierska (PL). The curator of the exhibition is Adam Mazur (PL), a freelance curator and assistant professor at the University of Arts in Poznan. The exhibition is a part of the Riga Photography Biennial 2018 and the program of the centenary of the Republic of Latvia.

Nowadays Polish photography is at a crossroads, it has identity issues. When studying the latest Polish photography, the viewer is bound to be struck by the departure from politics. The decades-long documentation of a national history as intricate as it is dramatic has rather unexpectedly found itself out of step. There is no longer either a need or a duty to reinforce the cultural core or to bear witness to heinous crimes and massacres, to heroic deeds and the blood, sweat and tears of opposition. Even the simple gesture of snapping images of the changing world of predatory capitalism seems to have been deprived of authenticity.

Political agency is transferred to individual life, to everyday struggles with the body, with the surroundings, with the nearest and dearest and with strangers. The photos document a process of development, often a process which is either therapeutic or connected with therapy. The relationality of polish female artists’, who have successfully exhibited and been published just in the last decade, art employs the potential of photography understood not so much as a framed picture on a wall, but more as a platform for communication and the negotiation of meanings. Who am I? What am I thinking? What do I long for? These are questions which the artists are asking not only themselves, but also the viewer.

The curator of the exhibition Adam Mazur about his choice of the topic and artists: “Tohether with the main curator of Riga Photography Biennial 2018 Inga Bruvere we agreed to exhibit young Polish photographers. It is good to show what you believe in cause it is "simply the best" and is somehow in accordance with the main topic of the festival. Identity is an issue for millenials, like image proliferation was an issue decade ago, and politics was an issue in the 1990s. In a way works exhibited in Cesis are about politics, image proliferation and identity issues. I wanted to work with the topic and chose artists who have clear vision and are gradually emerging as representatives of their generation. I must admit I believe in them - Irenka Kalicka, Zofia Krawiec, Mateusz Sarello and Marta Zgierska.”

In 2013, photograpphy artist Marta Zgierska survived a serious car accident and several months of intense hardship (surgical procedures, physiotherapy, depression, etc.). This traumatic event completely redefines her photographic work and gave rise to “Post”. By attempting to embody her trauma through photography, Marta Zgierska uses an autobiographical approach. She distances herself symbolically from her fears and anxieties and fixes them in a pure form, producing fragile pictures that hang on by a thread... Glacial, almost silent images, that form the conundrum of a conversation reduced to the bare essentials, the visual articulation of the minimal language of survival.

Zofia Krawiec Instagram activities, lasting several months, caused an in-depth discussion in Poland about emancipatory potential of self-presentation techniques. Zofia uses her Instagram profile as her own exhibition space, using her body as a means for self-expression. In her photos one can frequently see an attempt to deal with body physicality. She has created a platform for discussing girls' self-presentation on the Internet. In her instagrammed performance she uses motifs connected with the theatrical - glitter, colorful clothes, mirrors, BDSM paraphernalia. She discovers girliness to be a construction, but one that can be cleverly played with. In this video we are seeing a series of photos Zofia took of herself with her laptop camera, made over a period of one year. She found them not good enough for her Instagram.

The basis of work "Garden" by Marta Zgierska and Mateusz Sarello are the photographs of Mateusz Sarello, created over a three-year period, illustrating a disintegration and emotional destruction. The process of working with the photographs consists in going back in time, taking a stance towards a morbid relationship with a woman. The decaying, drying out flowers are bouquets never offered to her, as well as everything that is impossible to name and express. It is a message for her about “how he is doing”, which can be only conveyed through image.

Black and white still lifes are traces of a past relationship which, despite fading, drying out, will never cease to exist and sting with its presence. Marta Zgierska (privately Mateusz Sarello’s partner) is trying to place herself in relation to such potent works.

Her actions are an attempt at inscribing herself into his internal landscape, finding her own subjectivity in it. The author is interfering in the images. She replaces flowers with her own body; lips, eyes and ears begin to blossom on the dried out stems. She gives new life to the dead plants though a living, present body. Replacing flowers with her own body, multiplied at numerous instances, is a compulsive attempt of marking her presence, coupled with an undercurrent of fear of experiencing yet another loss.

Irena Kalicka's „Phototheatre” is in a way reminiscent of the early work of Nan Goldin's. Indeed, the images from the installation are snapshots of the hermetic world of a small group of artists, but in contrast to Goldin's pictures they have nothing to do with lifestyle. Although, being “theatre”, those photographs' essence seems to fulfill itself in display, the masks most of the time hiding the “actors'” faces and the impenetrability of the world Irena Kalicka depicts foreclose any possibility of identification. We will never become part of this community. Anyway, should we want to in the first place? All the same, there seems to be no way to get our eyes off those scenes from the life of gods, animals and other monsters. And exactly therein lies the de-centering power of those images. Their protagonists are naked, but not because they do not wear any clothing. In their feasting, their carnality, oftentimes verging on monstrosity, put up on display, they are disarmingly defenseless, fragile, vulnerable. It seems as if the the pig mask with the blood droplets underneath the eyes were the condition of nakedness, something we won't find in “nature”. It is exactly the dialectics of the mask, its rhythm of concealment and disclosure, laying bare the impossibility of the “natural”, that demonstrates the fundamental aporia underlying Irena Kalicka's work: its protagonists are both beautiful and hideous, sensitive and vulgar, embarrassed and obscene, “natural” and “savage”.