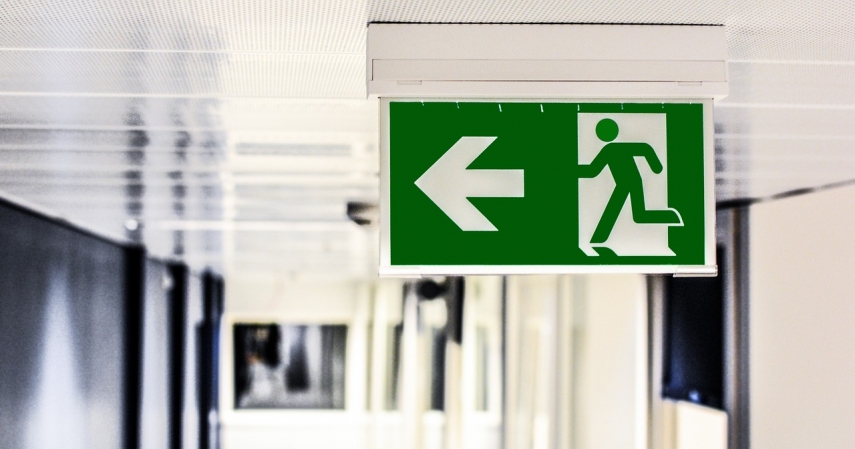 RIGA - Violations of the fire safety rules, mainly related to maintenance of evacuation routes and emergency exits, have been discovered in 18 shopping centers and other public buildings in Latvia which were checked by the State Fire and Rescue Service in the wake of the recent tragic fire in a shopping mall in Kemerovo, Russia.

The State Fire and Rescue Service said that it had conducted selective inspections in a number of public buildings in response to the public concerns about safety of shopping malls in Latvia.

In two days, 135 shopping malls and other public buildings across Latvia were checked for compliance with the fire safety rules, and 40 violations were discovered. Of those, 18 violations concerned inadequate maintenance of evacuation routes and emergency exits, failure to keep fire alarms in working order was discovered in 14 cases and eight violations were related to insufficient knowledge of the personnel about what to do in case of a fire.

Some of the violations were corrected immediately but in ten cases the State Fire and Rescue Service issued protocols about administrative offenses.

The overall conclusion from the inspections is that there is no immediate threat of a fire occurring in the shopping centers but violations of fire safety rules were discovered in separate cases, the State Fire and Rescue Service said.

In 2017, altogether 8,714 fires were registered in Latvia, of which about 2 percent occurred in public buildings. Buildings that can hold more than 200 people at once, including shopping malls, are subject to scheduled fire safety inspections every three years, and the State Fire and Rescue Service also conducts surprise inspections.