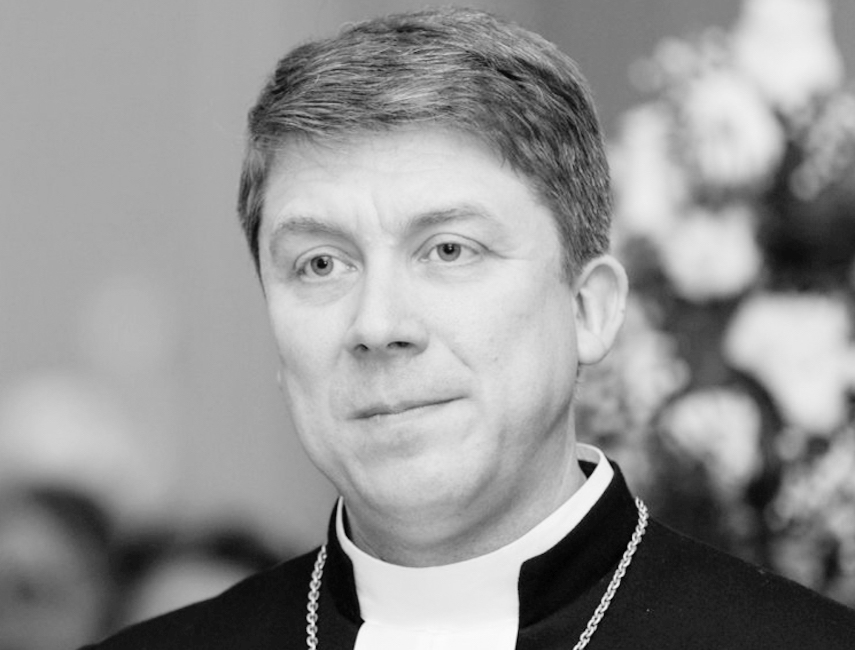 Urmas Viilmaa is Archbishop of the Estonian Evangelical Lutheran Church

It all began 500 years ago. Martin Luther, an Augustinian monk in Germany and a minor academic at a university in a small town called Wittenberg, nailed 95 theses to a church door. He complained about the abuse of power from the authorities in Rome. In large part, he complained about the buying of “indulgences,” which were basically get-out-of-jail-free cards for sins. Those who could afford it could literally buy absolution from the Pope. Luther argued that indulgences were one of the aspects of the Catholic church that exploited its poorest parishioners. He was excommunicated in 1521, but by the end of the Reformation, Lutheranism had become the state religion throughout much of Germany, Scandinavia and the Baltic countries.

If to put it in today’s context, it’s rather like Brussels, a bit like Brexit. The Catholic church of this time was keen to punish those who wanted to break away. Where Jan Hus had failed, Luther succeeded because his revolution leading to reformation was supported among the disaffected members of the elite.

According to Christoph Eichhorn, the German Ambassador to Estonia, the Reformation reached Tallinn and Tartu seven years after Luther composed his “95 Theses”, and its influence extends into Estonian everyday life to this day. This influence is not only observed in the Estonian language and culture as well in many songs: “In my opinion,” continues Eichhorn, “you also feel it in the Estonian mentality. For the people here the most important word is freedom. They love their individualism, and they express very clearly what they think. They freely express if one or other thing is bad or good for them. The people here are very straight-minded and sustainable. All of this is in accordance with teachings of Martin Luther.”

The keyword is freedom, says the Ambassador, the freedom of a person, the freedom of thought, the freedom for development, the freedom to make decisions without waiting for someone in a position of authority to allow it to happen. In Luther’s time this kind of thinking was a sensation. On Oct. 3 every year, Germany celebrates the unification of its two parts. One part experienced 30 years without freedom in which neither the church nor the people were free. Estonia has a similar historical experience. That means that Estonia’s keyword is still freedom, much the same as it is in Germany.

The Archbishop of the Estonian Evangelical Lutheran Church Urmas Viilmaa has said that freedom has the similar genetic code to love. The freedom of thinking has lead to an important step in the relations between the Lutheran and Catholic Churches in Estonia. In 2016 a historical event took place in the Cathedral of Lund in Sweden in which representatives of the Lutheran and Catholic churches held an ecumenical worship service together for the first time. It was followed by a conference organised by both faiths on the occasion of the 500th anniversary of the Reformation in Tallinn with the title From Conflict to Common. Representatives of the two denominations looked at the history of the Reformation and the influence of Martin Luther. The process of reformation hasn’t stopped, the Archbishop emphasised. The official ecumenical dialogue began half a century ago, but such a common conference wouldn’t have been possible during that time. Our freedom of thinking supports the ongoing development and understanding that the church has to be constantly renewed.

”We should talk more about the process of reconciliation and that both denominations are moving closer to each other”, he said.

Music is an important part of everyday, especially around the period of Christmas. When listening to or singing Christmas songs maybe we’re not always aware of the influence of Martin Luther, whose nickname was “the musician”, on music. By nailing his “95 theses” to the door, he also renewed music, says Andres Uibo, a well-known organist and professor of music.

“On one hand the congregation was suddenly expected to participate in singing, something that had previously never been a feature of Catholic worship. On the other, Luther translated chants from Latin into German everyday words. Luther was able to transcribe folk melodies and to harmonise them. I don’t know anybody in Estonia who wouldn’t know the Christmas Carol “Vom Himmel hoch, da komme ich her”, the melody of a popular secular song with a new religious text. Luther mastered the art of making the natural cadences of the German language suit the spiritual message of his music. The enriched and harmonised choral settings were later additions by other composers, some with tricky rhythmic patterns and harmonies that require a skilled choir. The “Gesangk Buchleyn” became the bedrock of Lutheran music containing songs that we could call even “hits”, says Uibo. One of them “Eine feste Burg ist unser Gott” (A mighty Fortress our God is still) with a simple harmony. The themes were taken up in great polyphonies, those of Johann Sebastian Bach being the most impressive. Even though Martin Luther and Johann Sebastian Bach lived in different centuries, they share a strong connection. Bach himself was a passionate Lutheran and believed in the same ideas Luther had for the church, especially when it came to choral music. No composer has been a more perfect conduit of the word of God than Bach. Choral singing was defined as an assertion of faith and a spiritual commentary on biblical texts.

Luther still inspires composers today, and the fact that so many of his songs are sung or new songs about the Reformation are created, demonstrate that he’s still both a religious and musical force to be reckoned with. Maybe our 21st-century Europe is just as much in need of consolation and transformation as was 500 years ago.

Estonia is one of the world’s leading IT countries and has a great understanding of the importance of technological advance. In terms of “new media”, the invention of the printing press by Johannes Gutenberg in around 1440, five centuries before Facebook, helped bring about the Reformation. It was the first time information could be reproduced quickly and spread around Europe at a rate never seen before. The combination of improved publishing technology and social networks is a catalyst for social change. Historians have also highlighted the role of the media as a means of social signalling and co-ordinating public opinion during the Reformation. It’s hard to believe now, but printing had an even more dramatic effect than the internet and social media and turned Luther’s Protestantism into a populist revolution. Pamphlets and news sheets were the Facebook and Twitter of their day. Now the internet offers a new perspective on this debate of media sharing along social networks, or what’s called social media nowadays. We could even say Luther, like Arab revolutionaries, grasped the dynamics of this new media environment very quickly. And it came to an unintentional but rapid spread of the “95 Theses”. Today’s Likes and re-tweets serve as an indicator of a given item’s popularity. It wasn’t just words that travelled along social networks during the Reformation. It was music too.

Modern society tends to regard itself somehow better than previous ones, and technological advance reinforces that sense of superiority. But maybe it’s produced a false consciousness about the past. Even 500 years ago the sharing of media could play a supporting role in starting a revolution. Today’s social media systems connect us not only to each other, but also link the past and the presence.