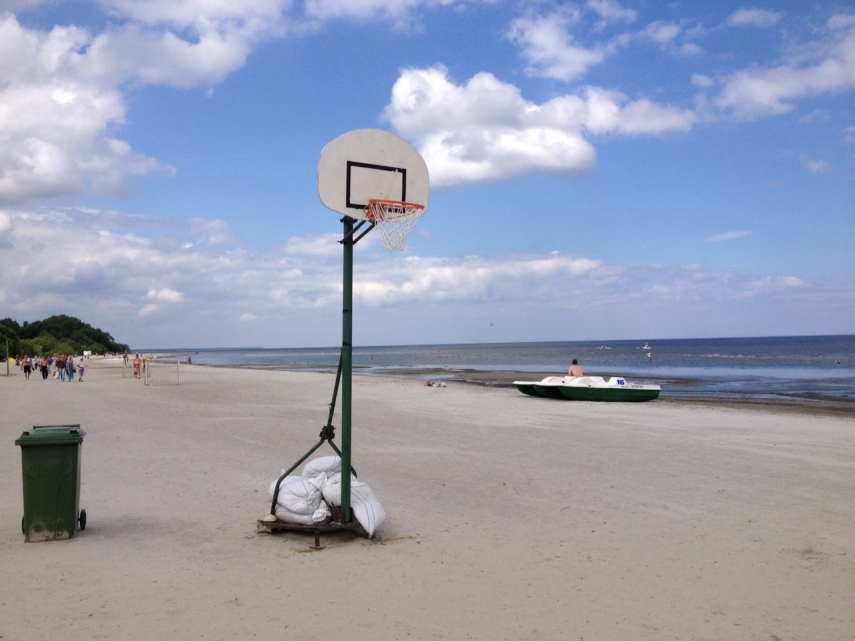 Let me ask you a question right off the bat: what are the first things that come to mind when you think of Jurmala? Baltic Sea? Pine forests? “First wave” music shows back in the day, maybe ... What else? Let me help you out with this one. Besides its vast opportunities for the great outdoors and healthy lifestyle in general, this pearl of the Baltic coastline, surprisingly, is an up and coming center of the most popular Latvian sports. That’s basketball and ice-hockey.

The latter is represented by not only a team, but an academy. Bearing the insignia of HASC (Lienes iela 16/18), this modern day facility includes a semi-outdoor hockey rink, weight room, sports bar, hotel and even artificial synthetic ice for practicing in the summer time. Being only a couple of years old, Jurmala HASC Hockey Academy  have already posted some good results. And I am even not talking about the Latvian championship, where the lack of experience didn’t let the team finish that high last season. I’m talking about the enthusiasm, the spark in the eyes with which young athletes come here to practice and train.

But, they treat all their ice hockey with dignity and precision. Being a fairly young team with a mostly junior roster, HASC management demonstrated its versatility by landing some experienced players like Eduards Ivanovs last season.
The love for the game doesn’t stop with just a pro level team. There are plenty of amateur players who gather regularly for pick-up games and round-robin tournaments. The word on the street is they don’t forget their roots and sometimes practice the game in its purest form — pond hockey. By the way, local mass skating venues have special hours, where you can come by with a stick and not only do the figure skating routines, but play some backyard hockey as well.

As one can guess, Jurmala offers even more opportunities to play basketball. There are street courts all over this resort town, my favorite being the Dzintari Park. In the park, you are shooting hoops in a cathedral of forestry –  from high above, those grand pine trees tower over you as you run through the court. There are also some players to look up to. They play for the domestic basketball team, appropriately called Jurmala Fenikss. They compete in the top division of the Latvian basketball championship and in the Baltic League. Contrary to HASC team, town’s top basketballers already got some accolades under their belt. It includes a top four finish two years ago and advancing to the playoffs this past season.

Basketball on such a rise here in Jurmala that they will build a new gym in the near future. For the time being the team plays in the small one, called Taurenitis. Nonetheless, it gives the hosts a unique advantage, as fans can roar on the Jurmala Fenikss opponents from right up close. There are some pick-up games as well, where Jurmala’s basketball fans get to show their love of the game on the hardwood. Led by the charismatic Fenikss team’s owner Yanis Drulle, those amateurs play with a passion and zeal that even most professional athletes sometimes lack. I played with those guys a couple of times myself, and I was truly amazed at how fast they always ran up and down the court.

So, there you have it ladies and gentlemen, fine folks who gather regularly in this summer time jewel called Jurmala. Not only can you run and cycle on the beach, hike through the dense pine forest or hit the nearest SPA. In your spare time you can work on your basketball or ice-hockey skills to someday make Jurmala Fenikss or HASC team.

So, seriously, maybe it won’t be you. But, do me a favor: tell your kids to put the gamepad aside and get to the nearest basketball court or ice-hockey rink. One of the coaches just might spot him practicing there. And who knows, maybe in several years’ time it’s gonna be him who will represent Jurmala in one of the most popular sports in Latvia: basketball or ice-hockey.