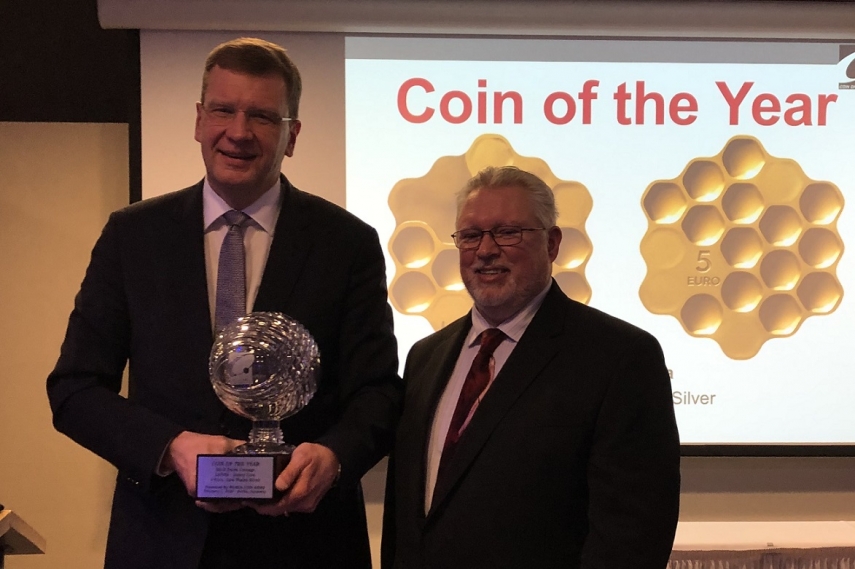 It is the second time in history when a coin issued by Latvijas Banka has been recognised the Coin of the Year. The innovative Honey Coin, created by the designer Artūrs Analts, won by a very wide margin, and, quoting the 1 February 2020 press release of the Numismatic News, "the day was sweet as honey" for Latvijas Banka.

Last week, the award winners of the 37th competition Coin of the Year Awards (COTY), hosted by Active Interest Media (AIM; US) and presented by the numismatics magazine World Coin News, were announced at the World Money Fair in Berlin.

In October 2019, out of more than 1000 coins issued all over the world in 2018, the COTY Nomination Committee selected 10 coins in each of the award categories. In the next round of assessment of the selected 100 coins, an international panel of judges recognised the Honey Coin the winner in the category Most Artistic Coin and also the Coin of the Year.

The Honey Coin, a gold plated silver collector coin with the face value of 5 euro, had been previously recognised the winner of Latvia's Coin of the Year 2018 award. This coin is based on Artūrs Analts' work which was awarded the first prize in the competition for the best design of an innovative collector coin. The Honey Coin is dedicated to ecology, highlighting the role of bees in preserving biodiversity. Their presence is an indicator of nature's healthiness.

In January, we also learned that coins issued by Latvijas Banka had gained recognition at Coin Constellation – 2019, an international collector coin contest organised by the Water Mark Publishing House (Russia). More than 220 collector and circulation coins, issued in 2018, were nominated for the contest.

Since 1993, Latvijas Banka has issued 98 lats collector coins and 35 euro collector coins, with over 50 Latvian artists having participated in designing them.

The Coin Design Commission of Latvijas Banka (the former Commission for the Thematic Concept of the Banknotes and Coins),  operational since 12 November 1993, plays an important role in the coin issuing process. The Commission consists of the employees of Latvijas Banka, outstanding Latvian experts of art and culture as well as artists and scientists.

Latvijas Banka carries on the tradition of issuing collector coin series with motifs characteristic of Latvia and executed in high artistic quality. These coins are legal tender only in Latvia. They are unlikely to come into general circulation, for, by nature, they are works of art enjoying high demand from the numismatic community and other interested parties.

For information on the collector coins on sale at e-monetas.lv and the Cashier's Offices of Latvijas Banka, see https://www.e-monetas.lv un https://monetas.bank.lv/iegade.

Commemorative coins bear the same features and the same common or European side as the normal 2 euro circulation coins, while their national sides differ and feature a national commemorating motif.

Euro commemorative coins are legal tender throughout the euro area. This means they can be used – and must be accepted – just like any other euro coin. 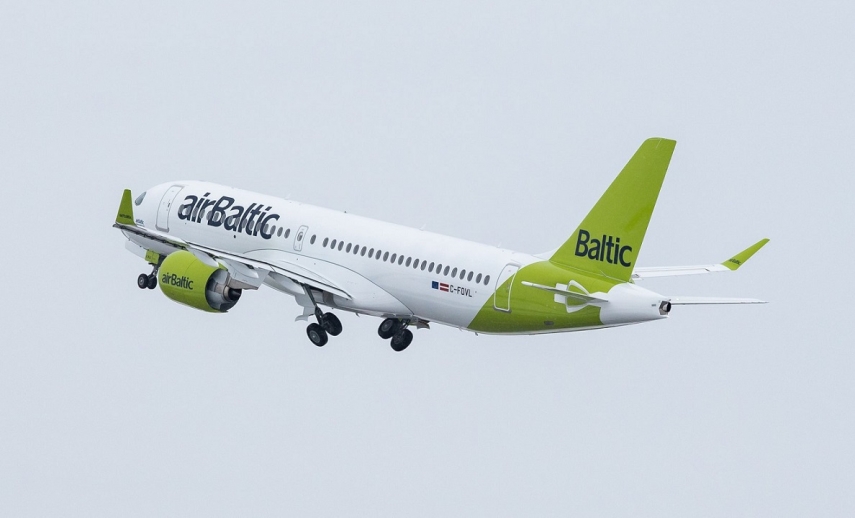 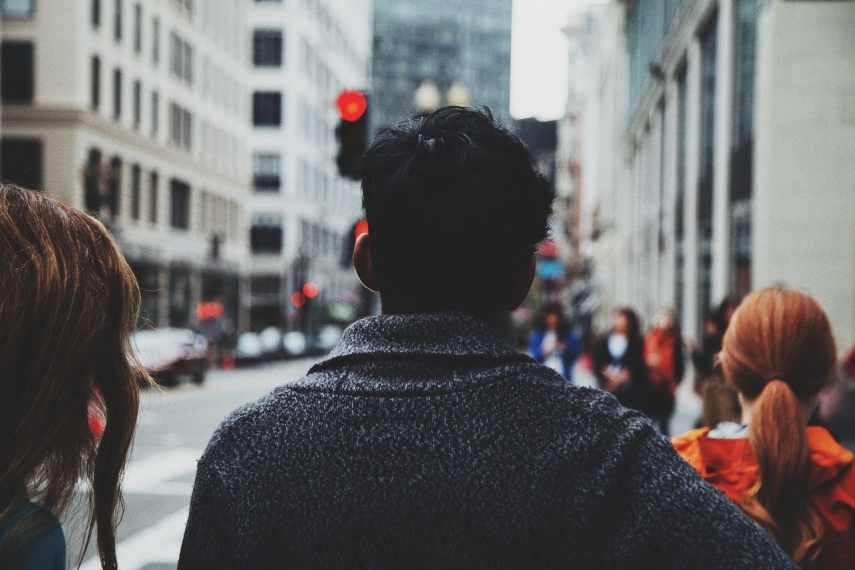 Number of suicides down in Lithuania but still above EU average