Grain is now transported by rail 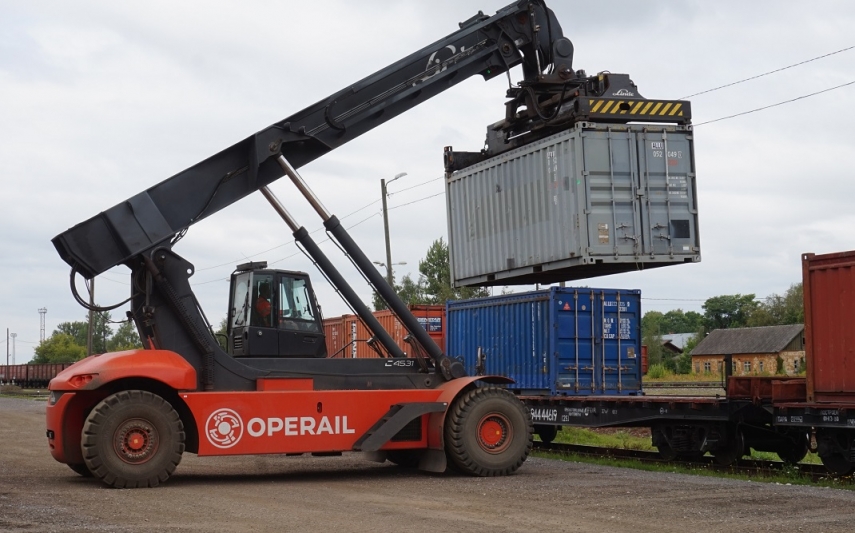 This year’s record grain harvest has brought grain transport from road to rail for the first time ever – in two months, Operail has transported the equivalent of more than 600 truckloads of fodder grain to the ports of Sillamäe and Muuga by rail. Next year, the company plans to haul up to 300 containers per week during the peak season.

According to the fresh crop yield survey data released by Statistics Estonia, the harvested fields yielded a total of over 1.56 million tons of cereal grains, which is the largest cereal grain harvest in the history of Estonia. Based on the estimate by the Ministry of Rural Affairs, by the end of the harvesting period, 99% of sown area may be harvested and the total harvest may amount to 1.59 million tonnes; that is 3% more than in 2015, which was the current record, Statistics Estonia writes in their blog.

“The record amount of cereal grain brought about the situation where vehicles with grain loads waited in kilometres-long queues in loading areas at ports. This year, we have successfully competed with road carriers and brought more than 600 truckloads of grain to rail within just the first two months of operation,“ said Raul Toomsalu, Chairman of the Management Board at Operail. “Next year, we are planning to haul the same amount in one week, and in five months we hope to haul over 10 000 truckloads of cereal grain to ports by rail.“

Recently, Operail has been developing a new service – multimodal carriage of goods; the company has also introduced a number of new domestic routes to the market. The company’s container trains transport goods to both Sillamäe and Muuga ports, and during the first year of operation, the equivalent of more than 5600 truckloads of goods were transported by rail. “Today, we use the containers to transport goods from the city of Tartu and its outskirts, but also the South-Eastern region of Estonia more broadly,“ Toomsalu explained.

Operail uses the container trains to transport a variety of goods to ports, including sawn timber, crushed stone, wooden pellets, peat, as well as our new product group, fodder grain. “We hope to gradually bring an increasing number of product groups to the rail, and thus contribute to preserving the natural environment and increase safety on our roads,“ Toomsalu said.