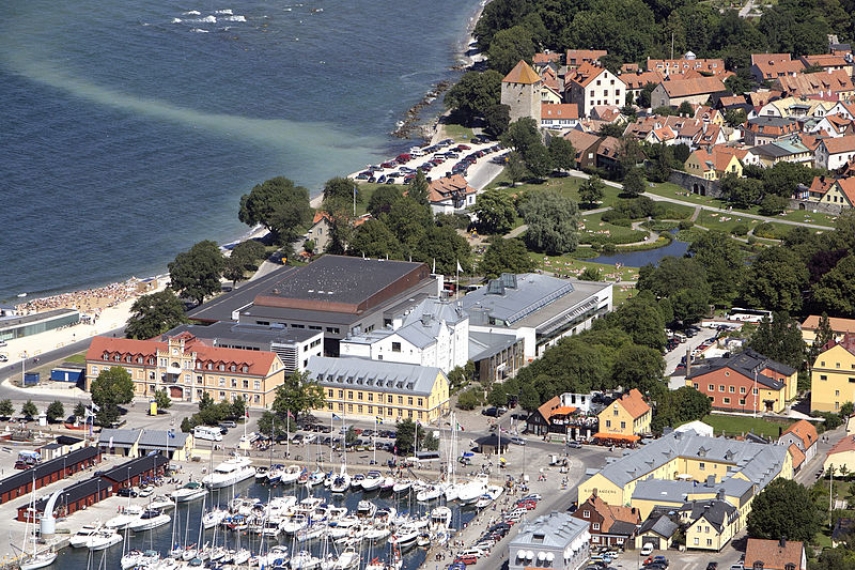 Dear Russian military planners: In the Baltic Sea, about 50 miles from Sweden and 80 miles from Latvia, there’s a large island that would perfectly suit the interests of a country like yours. Let’s speak entirely hypothetically. By occupying Gotland, even temporarily, you could prevent NATO from sending reinforcements of troops and equipment to the Baltic states, should you decide to invade them. You’d also prevent NATO air missions in aid of the Baltic states, and the alliance wouldn’t be able to use the island as a base from where to hunt your submarines or interfere with your activities in the air.

Even though Gotland’s strategic importance has increased since the Baltic states joined NATO just over 10 years ago—NATO is now obliged to defend them—Sweden has cut its military presence there. In fact, Gotland no longer has a regiment. “During the Cold War, we had an armoured brigade on Gotland,” notes Bo Hugemark, a Swedish strategist and retired colonel. “Now we only have a Home Guard battalion. At the least, we’d need air defence and tanks. As a matter of fact, there are 14 tanks stored there, but with no crews.” As a non-NATO member, Sweden can, of course, pursue whatever military policy it fancies. But given that it would rely on NATO assistance if attacked, it would do well to go the extra mile in support of NATO’s collective defence

It’s not that Sweden’s supreme commander, Sverker Goranson, doesn’t want to post a regiment on Gotland. He simply lacks the money to do so, and has instead suggested that forces can be flown in from other regiments in case of an attack. The Swedish Air Force and Navy would also do their best to stave off an attacker, but should that attacker happen to be you, they’d be facing a superior adversary.[...]

The rest of the article can be read here on the World Affairs Journal.

The writer is Newsweek's Europe correspondent, currently with a strong focus on security issues. She joined Newsweek following a visiting fellowship at the Reuters Institute for the Study of Journalism at Oxford University. Follow her on twitter: @elisabethbraw