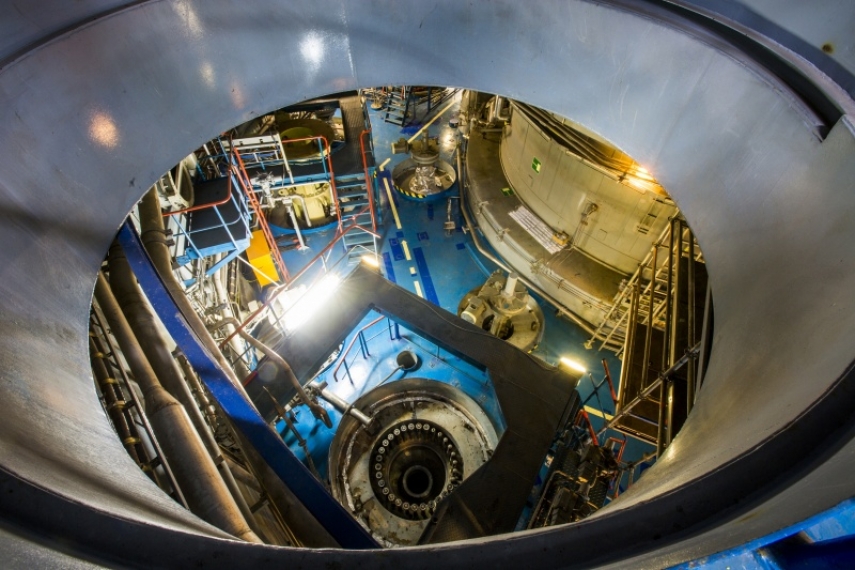 RIGA - Budget funds that had been allocated for the planned decommissioning of a Soviet-era nuclear reactor in Salaspils near Riga have been spent on purposes unrelated to the decommissioning activities, a 2018 report released by the State Audit Office shows.

Although the decommissioning of the Salaspils nuke was supposed to begin already in 2015 and be completed in five years’ time, the work still has not been finished, which has increased the risk of radioactive pollution.

In the Environmental Protection and Regional Development Ministry’s 2018 budget EUR 3.3 million had been earmarked for the reactor’s decommissioning works. In 2014-2015, this funding was allocated to the decommissioning project as a new policy initiative and urgent activity. However, the project has been postponed and 84 percent of the funding has been spent elsewhere on needs not related to the reactor’s closure.

The money has been spent, for instance, on shooting foreign films in Latvia, digitalization and publication of KGB archives, purchases of quadbikes, trailers and SUVs, software licenses, of upgrades IT systems, new computers, renovation of the ministry’s buildings and other needs, state auditors discovered.

Since the decommissioning of the Salaspils reactor still was not launched in 2018, additional EUR 150,000 have to be spent annually on the structure’s safe maintenance.

As a result of these delays, the risk of radioactive pollution has increased and the costs of the reactor’s decommission have risen as well.

Salaspils nuclear reactor is located at 31 Miera Street in Salaspils - a group of buildings and facilities. The total area of the site is 4.2 hectares, the site is fenced off. The Environment, Geology and Meteorology Center is the operator of the complex.

The IRT-type nuclear reactor was first launched in September 1961, it was fully reconstructed in 1974. The reactor was shut down in June 1998.