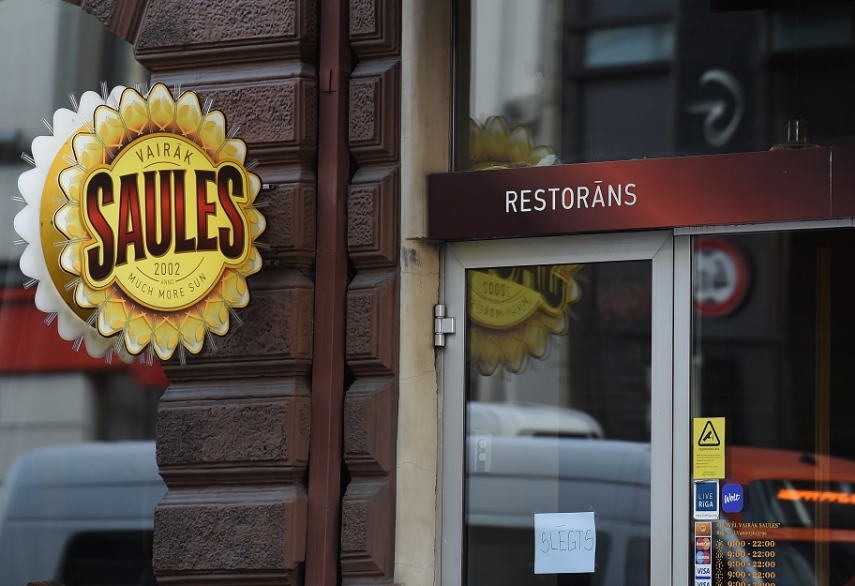 He said that in late May a criminal procedure was launched on violations of accountancy and statistical information rules, manipulations of automated data processing and illegal activities with this information if this has been done in order to earn profit.

The police has suspicions that the illegal activities have been conducted already since 2016.

The criminal procedure has been launched based on an application and information at the disposal of the police. The police suspects that the illegal operations might have caused EUR 1.5 million loss to the state.

Four people related with the restaurant chain have been detained, but they have not yet been given the status of suspects. No security measures have been imposed on them.

The police conducted 34 searches in offices, restaurants and places of residence of the people related with the company. The police seized a large number of documents, data carriers and cash registers.

The police is cooperating with the State Revenue Service (VID) in the criminal case, but Tuesday’s raids had not been coordinated with VID.

Vairak Saules restaurant chain is run by Vel Vairak Saules company founded in 2002 and owned by VVC Holding, a company that belongs to Berzins.