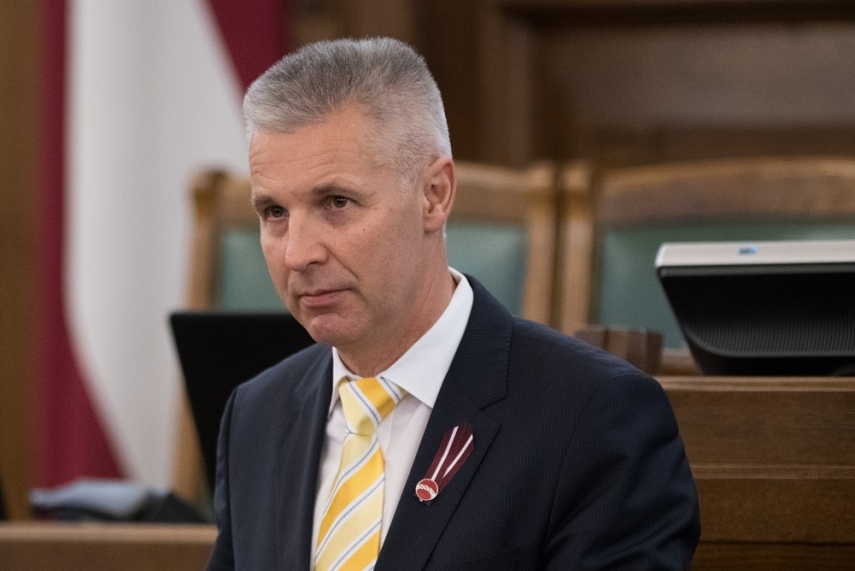 RIGA - Using a fake account, email messages containing false and discrediting information have been sent out in Latvian Defense Minister Artis Pabriks’ (For Development/For) name to recipients in state institutions on Tuesday, LETA was told at the Defense Ministry.

The fake email messages with Pabriks’ signature were sent from servers in Russia. In the false messages the minister “tells” how on February 16 he visited a pub in Riga Old City to engage in some not quite decent activities.

Pabriks said that cybersecurity experts from the Latvian Information Technology Security Incident Response Institution Cert.lv quickly deleted the fake emails and established that hey had been sent out from Russia. “I can only guess whether I have earned this “attention” with a critical interview to the Russian radio station Echo of Moscow or “excessively active” work at the Munich Security Conference,” the minister said.

Representatives of the Defense Ministry said that this email message was a classic identity theft operation with elements of espionage as the senders wanted to find out the IP addresses from which the message was read. Also, the attack was used as a way to discredit the defense minister and the Latvian defense sector at large with the aim to undermine public confidence.

The Defense Ministry has called on the public not to trust fake email messages and to analyze all information critically.

The Defense Ministry noted that during the time mentioned in the fake email message Pabriks was attending the 55th Munich Security Conference in Germany.