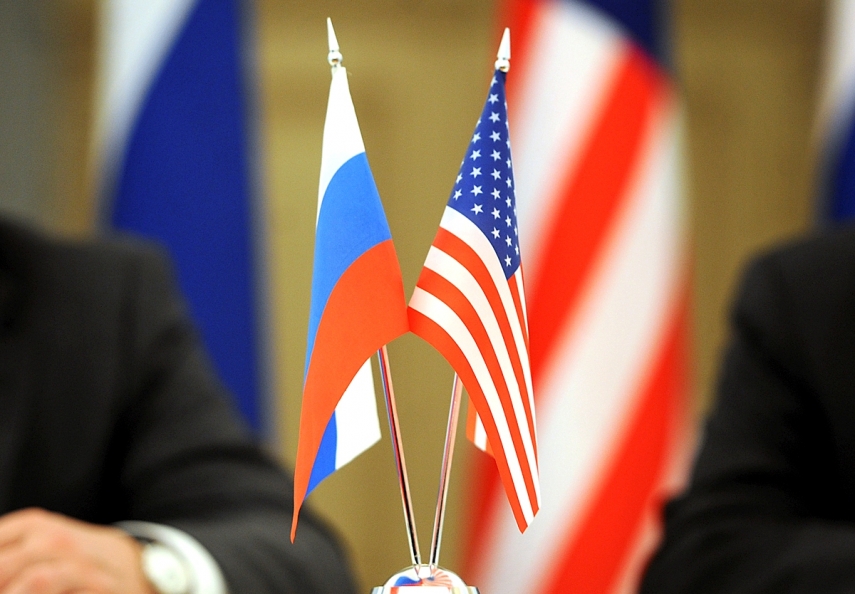 TALLINN - While no improvement is to be expected in relations between the United States and Russia in the near term, opportunities exist for a tactical dialogue to manage their differences, experts said during a discussion on US-Russia relations at the Lennart Meri Conference in Tallinn on Saturday night.

"We can see opportunities for a tactical dialogue after the conclusion of the Robert Mueller inquiry. We do witness an intensification of dialogue. We have a set of hot and burning fundamental problems," one of the experts speaking on the panel said, naming Venezuela, Syria, strategic stability and arms control as examples of such problems.

The panelist said there were no chances for an improvement in the relations before 2025 or even 2030. The reason is not Ukraine, Syria or Venezuela, but the two sides' different understanding of the nature of international order.

One panelist pointed out that in a multilateral world it is not sufficient to have a bilateral world with the United States and Russia constituting the two sides, and that Europeans have a lot of responsibility to actively support cooperation.

Another opinion voiced during the discussion was that we are witnessing a phase of hegemonic decline of the United States with Russia trying to challenge the United States in many places. The other countries meanwhile are trying to judge how much the US goes back.

"The more isolationist and ineffective the US is, the more openings there are for Russia. The more aggressive Russia is, the more likely it is that the US sticks along," one of the speakers said.

In addition, it was observed that Russian President Vladimir Putin's centralized system is well suited to adapt to changes in international development. The Russian elite generally agrees with Vladimir Putin's foreign policy, and Putin has accumulated huge geopolitical capital. As a result, it is more difficult to hold him accountable for foreign policy.

Another panelist said that the current president of Russia has points of emphasis that are specific to him.

"Putin wants to combat US unilateralism, he is also fighting color revolutions -- these things are unique to Putin," the panelist said.

One participant in the discussion said that we are witnessing an end of the expansion of the liberal international order, as well as a serious fundamental transition within this order, which has empowered non-Western countries and created countries which challenge the US while refusing to become responsible stakeholders.

At the same time, it has created dissatisfied populations in Western countries who want to end the neo-liberal consensus.

The mercantilist and unilateralist foreign policy of the United States will probably continue also after the Donald Trump presidency, as the administration needs to respond to domestic demands, it was observed.

"These trends do not end with Donald Trump, they are natural and inevitable, a part of the painful emergence of a world that the Unite States no longer controls. This will last as long as the United States ends its adaptation to a multipolar world," it was said during the panel.

It was also said that Russia wants to be and be recognized as a legitimate, independent great power that others should address accordingly, despite Russia's unwillingness to develop inside the Western order. Th overwhelming majority of the world, but not the West, recognizes Russia as it would like to see itself.

Another participant in the discussion said that it's very important to keep the Americans in Europe, which was the original purpose of NATO. Other speakers responded that it's impossible to "combine America in, Russia in in Europe," as from the Russian perspective, America in Europe means American hegemony in the European security system.

"Russia doesn't want to be a hegemon, but refuses the hegemony of anybody else as well," it was said.

One participant in the discussion said that the only country the United States treats as Russia wants to be treated is China. China treats Russia as equal despite the fact that it is not, another participant said.

The Russian-Chinese relationship is a marriage of convenience, but it is a lasting thing, as both countries need each other, it was observed.

"As long as the US-China confrontation lasts, China will not even think about adversarial relations with Russia," it was said.

It was also emphasized during the panel that the West should look also for other means for deterring Russia.

"We need to look for other solutions to put pressure on Putin. We need to get our house in order," one panelist said.

"Putin continues to be deterred militarily, but we need to harden defenses for other ways of attacking," it was opined.

In the course of the discussion the observation was also made that for the first time after the 1950s, we are entering a period of vacuum in the sphere of nuclear weapons, and that the proposal of president Trump to hold negotiations on a trilateral regime on nuclear weapons with China and Russia "in a sense is the right approach."