Exhibition dedicated to Latvia's centenary to open in Gotland 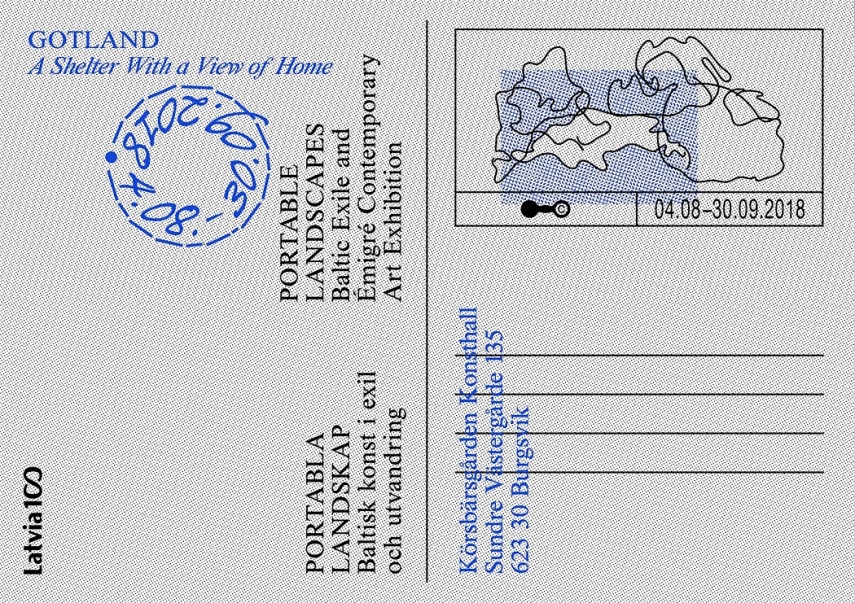 RIGA - An exhibition dedicated to Latvia’s centenary, “Portable Landscapes. Gotland. A Shelter with a View of Home”, is due to open at the Korsbarsgarden Konsthall in Gotland, Sweden, this Saturday, August 4, Marta Krivade, a spokeswoman for the Latvian Center for Contemporary Art, told LETA.

The Swedish island of Gotland has played a significant role in the history of Latvia and Estonia as it became a refuge to thousands of World War II fugitives who, fleeing the Soviet invaders, crossed the Baltic Sea in small fishing boats, said Krivade.

This exhibition follows the stories of Latvian exile artist Laris Strunke and Estonian exile artist Enno Hallek, as well as welcoming contemporary Latvian - Finnish artists Inga Meldere and Mikko Hintz to address the theme of migration and add new narratives in the interpretation of recent collective history in the Baltic Sea region.

The exhibition project Portable Landscapes follows different stories of Baltic emigre and exile artists, viewing them in a broader context of art events, migration and globalization of the 20th century.

“If we take a longer look back, people’s migrations caused by wars or political and economic changes have taken place ceaselessly. Exile, diaspora and migration are characteristic elements of global culture and their manifestations have not only determined changes in the world’s map but also contributed to the basis for the development of various trends in art and culture, promoting the blending and overlapping of cultures and the birth of new ideas and movements,” the exhibition’s curators Solvita Krese and Di.