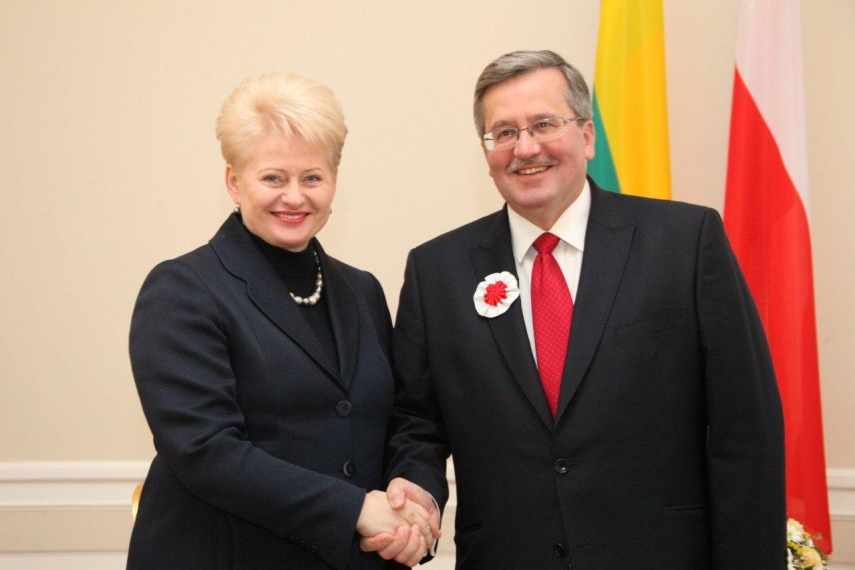 According to former Polish President, Bronislaw Komorowski, in light of Russian aggression in Ukraine, Lithuania and Poland should continue stepping up their defense capacities.

Speaking in Vilnius on October 14, 2015, he added he wishes for the increased integration of Europe into NATO.

Komorowski said "the Russian aggression in Ukraine, without doubt, is a warning signal to all of Russia’s neighbors,” he said.

“Both Lithuanian and Poland are doing this, but we should pay closer attention our own security, our own defense capacities and strengthening our integration into NATO.

Komorowski recalled that in 2016, Poland will host a NATO summit at his initiative.

He believes the summit will provide "a good chance to synchronise expectations" on the Polish, Baltic, Bulgarian and Romanian security policies with the aim of reinforcing NATO's "Eastern border" and the organisation’s presence in the countries.

"However, we should also remember that it should be us who should be creating our defence capacities,” he continued.

“Poland has been spending 2 percent of its GDP on defence for years since I was defence minister, and we urge all other countries to increase their spending.”

During the visit, Butkevicius congratulated Komorowski on his honorary citizenship of the Lithuanian city of Rokiskis and thanked him for his merits helping bilateral relations between Lithuania and Poland.

According to the government's press service, both parties also discussed the implementation of strategic projects – the LitPol link and GIPL gas link, as well as Poland's inclusion in the Rail Baltica project.

Komorowski lost the Polish presidential elections earlier in August 2015, and was replaced by Andrzej Duda.