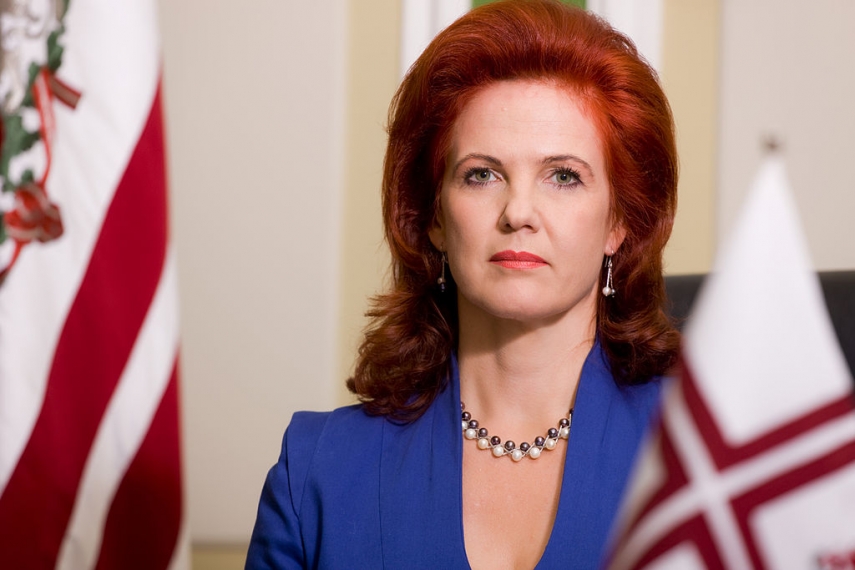 RIGA - Considering the current upsurge of populism in Latvia’s politics it is highly likely that the next parliament will be divided, former Saeima member and Latvia’s next ambassador to Italy Solvita Aboltina told LETA.

Aboltina said that she was now watching developments in Latvia’s domestic politics with concerns.

Although there is no shortage of external threats, Aboltina believes that greater attention should be paid to the internal weakness of the Latvian state. “If the state is divided and experienced and knowledgeable politicians are unable to realize that the only thing they need is the ability to agree that the state has to be run so that people felt safe and stable, it is alarming,” Aboltina said.

The former lawmaker is worried about the lack of unity in Latvia’s politics, the potential situation after upcoming Saeima elections, as well as the wave of populism currently dominating Latvian politics.

“If we look back in history, there have been periods when similar processes unfolded in a number of countries. For instance, authoritarian leaders were popular before World War II, and [Latvian President] Karlis Ulmanis dissolved the parliament, undermining democracy as a result. Later, occupied countries started their freedom struggles almost simultaneously and became free. Now, there is an upsurge of populism,” Aboltina commented.

“The Latvian people has always been able to take the right decisions at crucial moments. But in any case, today’s decisions show quite clearly that the next parliament will be divided,” the ex-politician said.

As reported, President Raimonds Vejonis on Tuesday presented Aboltina with letters of credence as she is about to become Latvia’s new ambassador to Italy.

Aboltina plans to head to Italy at the end of August. The ambassadors are appointed for a term of four years.

As reported, after renouncing her lawmaker's mandate, Aboltina became director of the Foreign Ministry’s European Department in the diplomatic rank of adviser in February.

In November 2017, Aboltina was expelled from Unity party for her comments and actions at a time when Unity was debating a possible replacement of the economics minister.